Former West Wing and Scandal star Joshua Malina issued a harsh rebuke of not just Mel Gibson, but on Hollywood in general for not canceling the actor following his many, many public scandals over racism and anti-Semitism. The criticism comes hot off the news that more than two decades away from the franchise, Mel Gibson has been tapped to direct the fifth installment in the Lethal Weapon franchise. The buddy cop movie series got its start with Mel Gibson as Martin Riggs who is reluctantly paired with his new partner in the Los Angeles Police Department Roger Murtaugh, played by Danny Glover — who is too old for this sh–. Variety reports that, after original director Richard Donner passed away, Mel Gibson will take over those duties for a new installment in the franchise, which Joshua Malina takes exception to.

In a lengthy op-ed for The Atlantic, citing both Mel Gibson’s collaboration with Warner Bros., as well as the fact that Mel Gibson was announced to have a role in the upcoming John Wick origin series, Joshua Malina notes that Gibson is seemingly being welcomed back into Hollywood with open arms at a time when people with half as many egregious scandals to their name are losing their careers entirely — rightfully so most of the time. Most recently, Gibson was called out by the New York Post for saluting former President Donald Trump at a UFC event, calling his political affiliations into question.

In 2011, Mel Gibson pleaded “no contest” on charges of domestic battery then-girlfriend (and mother of his child) Oksana Grigorieva. A year before that, voicemails of him verbally berating her in a racist and misogynistic tirade that included colorful use of the “N-word” were leaked to the public, offering a glimpse at the way he allegedly talks behind closed doors.

However, what struck a particular chord with Joshua Malina in his op-ed was Mel Gibson’s past anti-Semitism. In 2006, Gibson was famously pulled over on Malibu’s Pacific Coast Highway and detained for drunk driving. He reportedly began berating the officer, who was Jewish, with a stream of ugly, hateful comments about how the Jewish people are responsible for most of the bad things that happen in the world. Joshua Malina also makes sure to note that Gibson’s most famous foray into directing was the 2004 film The Passion of the Christ, in which the Jewish people are portrayed to be gleeful in the torture and death of Jesus Christ, a portrayal he says was used “an excuse to torment and murder Jews for two millennia.”

Joshua Malina concludes his op-ed by calling out not just Warner Bros. but any studio or creative in Hollywood who is willing to work with Mel Gibson after all these many scandals for which he’s shown little to no remorse. He argues that, in a world that’s obsessed with “cancel culture,” if someone like Gibson is able to slip through the cracks, how can anyone say that it has become the scourge of Hollywood and the great bringer of justice that it’s made out to be? 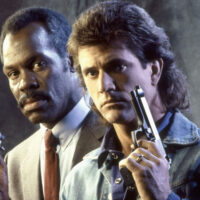 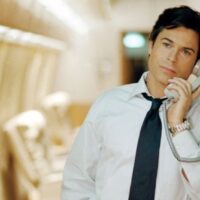 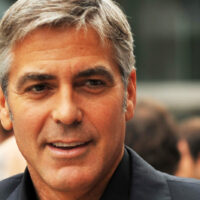