Despite the casting of Mahershala Ali, Wesley Snipes may not be done playing Blade. In fact, he may help decide which portrayal of the character is superior through some good old-fashioned fisticuffs.

According to a rumor from WeGotThisCovered, Marvel may be looking to have Mahershala Ali’s Blade meet Wesley Snipes’ version by way of some multiverse trickery. The outlet reports that Marvel boss Kevin Feige is into the idea of having the original Blade return, but not to be an ally to the new version. Instead, the duo will reportedly square off for at least one fight scene. It’s unclear if the plan is to have old Blade be the core antagonist to the new one, but it’s doubtful Feige would plan to introduce the new generation of Blade by dunking on the much-respected memory of the predecessor.

For those unfamiliar, Wesley Snipes played the daywalking vampire Blade in three R-rated installments in 1998, 2002, and 2004, long before Iron Man, Captain America and the rest of the connected Marvel Cinematic Universe were anywhere close to being a reality. It’s worth noting that he spent years as the only Black superhero to helm their own Marvel movie until the late Chadwick Boseman got his own film in 2018.

The series went quiet for a while until 2019 when Marvel boss Kevin Feige announced at the San Diego Comic-Con that Mahershala Ali would be the next man to play the role, only this time in the same universe as Spider-Man, Hulk, and the other Avengers.

Anyone discussing the future of the Marvel Cinematic Universe lately notes that the franchise is likely going to play heavily with the idea of the multiverse, especially given key plot points in WandaVision, Loki, and, of course, the full title of Doctor Strange 2, which reads In the Multiverse of Madness. While some rumors seem a little far-fetched, the multiverse would likely have to play a big role in bringing the character into the Marvel Cinematic Universe. While other heroes like Thor and Captain Marvel can have villains that easily cross over with one another, Blade is pretty solidified as a vampire hunter. Currently, vampires have not been introduced into the Marvel Cinematic Universe, so the multiverse seems like a great place to bring them in. If the new Blade writer Stacy Osei-Kuffour is going to go through the trouble of all that, why not bring Wesley Snipes into the fold?

The actor himself is certainly into the idea. Speaking to Entertainment Tonight in February, Wesley Snipes was asked how he feels about Mahershala Ali taking on the role of Blade, which he made so popular in the late 1990s and early 2000s. He said that he was one thousand percent supportive of the younger actor.

Sadly, right now there are precious few details about the reboot of Blade. After initially announcing the hero’s casting three years ago, Marvel Studios has been much more focused on its lineup of new movies and TV shows such as Black Widow and Falcon and the Winter Soldier. While the COVID-19 pandemic certainly waylaid every studio’s plans for an entire year, fans are still clamoring for literally any new information or rumors. So, hopefully, the mere wish of seeing Wesley Snipes don the Blade costume once again will be enough to satiate fans until more concrete information comes out. 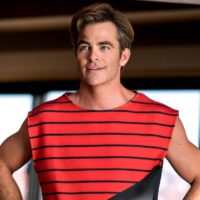