Weird Al is one of the biggest 1980s icons, and he hilarously responded to being featured during an episode of Stranger Things Season 4.

Stranger Things Season 4 is now on Netflix, and fans have started to point out some of the fantastic 80s-style references in the series. The kids are now part of a group that calls itself The Hellfire Club. This is in reference to the new Dungeons & Dragons group that has been formed with new dungeon master, Eddie Munson. Munson has taken over Will’s spot, as Will now lives in California. Eddie is speaking to Dustin and Mike about the time he knew Dustin would be his friend. He name drops Weird Al, who reposted the video on his Twitter. You can see the video below:

Eddie speaks to Dustin and claims that he was “brave” for wearing a Weird Al shirt to school. Naturally, the legendary parody singer reposted the video with the hashtag, “brave.” Clearly, the man thinks it’s funny that anyone would call wearing a Weird Al shirt brave, and honestly, that goes right along with his style of humor. The musician is currently about to receive the biopic treatment, with none other than Daniel Radcliffe taking on the titular role of Weird Al Yankovic. From the trailer alone, there is a ton of moments that are just overexaggerated. But that is what makes them so hilarious.

Stranger Things takes place in the 1980s, and that is when Weird Al first rose to prominence. His first hir was “I Love Rocky Road” which was a parody of “I Love Rock n Roll.” That led to his self-titled album being released in 1983. His second album, “Weird Al” Yankovic in 3-D followed shortly after in 1984. This album had the track “Eat It” on it, which is a parody of “Beat It” by Michael Jackson. The song was a massive hit, which led to the man getting his own series on MTV. He became a legend from that point on, releasing parody songs for decades on end. Even though Stranger Things is meant to be fictional, it still uses elements from the 1980s that were widely popular. Mainly Dungeons & Dragons and now Weird Al.

Stranger Things Season 4 sees the children reunite to battle a villain by the name of Vecna. From the trailers alone, this creature from the upside-down looks absolutely frightening. Maybe he could do well by listening to some Weird Al music. The new season is currently streaming on Netflix and has the longest episodes so far. That detail is something that fans have been oddly complaining about. However, the new season holds a 94% critic rating and 91% audience rating on Rotten Tomatoes right now. There is clearly more to love about the kids from Dawkins.

Stranger Things Season 4 can be streamed on Netflix right now, and it has been broken into two parts. The first part contains seven long episodes, and the eighth and ninth episodes are set to air as part two on July 1st. Despite their length, there is plenty of time to catch up on one of the biggest shows on the planet. The kids are constantly trying to battle the upside-down while protecting Eleven. They are certainly brave, and even more so for loving Weird Al. 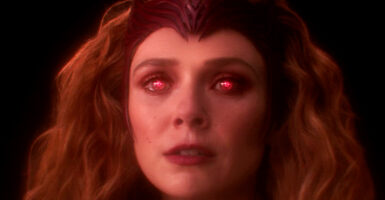