Disney now controls all of Star Wars, and as such, it is up to them which projects get the go-ahead. They have also put a stop to plenty of projects that fans had been waiting for, like the Knights of the Old Republic remake game. Long-time super fans of Star Wars, Seth Green and Matthew Senreich were developing one such project, which was a show called Star Wars: Detours. Unfortunately, that show would be canceled before he got real footing, and now even more news about the series has been revealed by Weird Al Yankovic. He had apparently written and recorded music for the now-canceled series. Seth Green and Yankovic would have been the perfect pairing. You can watch the podcast episode below:

Weird Al was recently on The George Lucas Talk Show, which as you guessed, is a podcast all about Star Wars. Al was brought on asked specifically about his role in Star Wars: Detours. According to the musician, “I don’t know that I’m allowed [to talk about it]. There were, gosh, at least half a dozen or more songs as part of the musical and the various characters in the show. We actually recorded them singing their songs, and that was about a week before we found out that the show was not happening.” This news is even more disappointing considering the number of times that both Seth Green and Yankovic made a clever parody of the Star Wars universe. Green is the co-creator of the stop motion sketch show, Robot Chicken, which has dedicated full episodes to the sci-fi saga. Yankovic has also released “Yoda”, which is a parody of “Lola” by The Kinks. He also has “The Saga Begins” which is a parody of “American Pie” by Don McLean.

The fact that we could have all experienced a ton of original music by Weird Al that was dedicated all to Star Wars would have been fantastic. Star Wars: Detours is said to have been 39 episodes of all parody material that took place between the prequel series and the original Star Wars trilogy. Unfortunately, since Disney purchased Lucasfilm in 2013, the series has been indefinitely shelved. What is even more of a bummer is that the episodes and the newly written Weird Al music will never see the light of day. New meaning it had been his first Star Wars song since 1999. Disney has an image to uphold and that certainly might not have been allowing Robot Chicken creators like Seth Green to recreate raunchy material that could eventually be seen by children.

The squeaky-clean image that Disney is constantly trying to put forth often gets in the way of amazing Star Wars projects that would undoubtedly be released, and now that includes some Weird Al Yankovic tunes. Hopefully, a change can be made by the higher-ups in the Disney and Star Wars section, and Star Wars: Detours will be released. We shouldn’t hold our breath, but it could happen. Maybe Weird Al can also release the newer music of his own volition as well, considering that he wrote the music. Either way, we could all do well with some new Weird Al parody music. While we wait for this to hopefully happen, we can at least be happy that the new Weird Al biopic starring Daniel Radcliffe is well on its way. 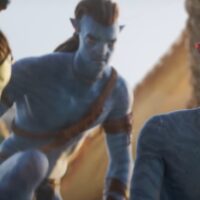