Warner Bros. Discovery is laying off another massive amount of employees across its TV division.

The trouble continues for Warner Bros Discovery, as the media conglomerate is preparing another big round of layoffs, much like the one that happened back in August. The layoffs will affect more than just one area of the company, as Channing Dungey’s Warner Bros Television Group, DC Comics, Cartoon Network, Adult Swim, and more areas are said to be hit by this new surge of layoffs.

CEO of Warner Bros Discovery, David Zaslav, took over, and he was met with the daunting task of cutting around $3 billion from the media giant’s budget. That has led to some questionable decisions made, like the highly controversial cancellation of Batgirl. Many people are now seeing their jobs be taken away, as Zaslav must do what he can to trim this massive $3 billion figure, which now includes another wave of layoffs.

HBO Max and HBO were the first of the units of Warner Bros Discovery to experience layoffs, as some 70 people were let go to begin the process of restructuring that division of the media company back in August. More layoffs could occur in the time it takes to combine HBO Max with Discovery+, which has already been announced to happen in the summer of 2023.

Now, it appears as if Warner Bros Discovery is targeting lower-level executives that work in the WBTV division for its next round of layoff, as well as, ad sales cutting around 20 to 30% of funds through employee layoffs, travel and expense savings, and supplier cuts. The WBD film division is also said to not be part of the cuts that are happening sometime today, which could mean that the cuts that happened in August might have been targeting that division specifically. Unfortunately, the television division is now next on the docket for David Zaslav.

These cuts could prove costly for Warner Bros Discovery, as the company has been reporting huge losses of income, which mostly relate to the questionable moves that have been made by Zaslav. There were reports back when Zaslav took over that insinuated actors should stay away from anything that Warner Bros is producing, as everything was liable to be cut in the coming months, which seemingly is now being proven to be true. There is no telling if the company is can rebound from the damage that is being done, but there seems to be a plan set in place currently.

HBO Max and Discovery+ merging is one of those big plans for the future of Warner Bros Discovery, which executives currently attempting to come up with a new name that might keep the HBO term. Also, WBD is still searching for its Kevin Feige-type person to take over for DC Films, as there is a “10-year” plan being put in place to fashion the future of DC after what Feige did for Marvel.

Warner Bros Discovery was once the premiere place for films and television programs, but it could be heading to the bottom in comparison to the other media companies. Layoffs are never good, and with so many happening now, things might look far worse for David Zaslav. 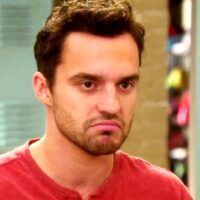 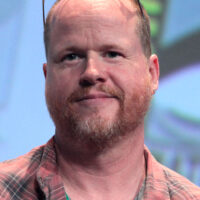