WandaVision Has Introduced A New Superhero, See Her Here

WandaVision went ahead and gave us a new villain, so it might as well also introduce a new superhero. Fans have been eagerly anticipating what new characters would be introduced in the first major streaming series from the Marvel Cinematic Universe. Theories have abounded but there was one particular theory that seemed the most likely to actually take form. Now, with the newest episode behind us, it turns out that theory was right on the money.

WandaVision has given us a new superhero in the form of Monica Rambeau a.k.a. Photon. In the comics, Photon was actually the second person to take on the mantle of Captain Marvel. She eventually took on her own persona with names like Photon, Pulsar, and Spectrum. Her abilities allow her to take on the properties of any energy within the electromagnetic spectrum. This makes her an incredibly powerful being in the Marvel universe.

The character has been teased as a superpowered being for quite some time now in the show. There have been scenes letting us know that her molecular structure has been significantly altered from her multiple passages through Wanda’s Hex. After this last time, it looks like she has somehow been so bombarded by other-dimensional energy forces that she is now imbued with them. It is a truly interesting power that we are excited to see play out.

We get our first real idea of WandaVision giving us a new superhero when Monica is passing through the hex. She seems to be splitting into different multiverse version of herself before they all collide inside of her and she is shown to have a totally new color to her eyes.

Once she is able to get through the Hex and back into Westview, we see that her vision has actually changed. This is how WandaVision has revealed its new superhero to us. It appears that Monica can now perceive different waveforms of energy. The reveal here is an admittedly trippy one and could prove to be invaluable for recognizing the multiverse forces at play in both this series and everything else planned for the Marvel Cinematic Universe.

But, Monica’s newfound superpowers are not solely limited to her view of the world. We see that she is able to get her sight under control as she goes to confront Wanda. It is here that WandaVision shows us that this new superhero will be a physical threat as well. As she approaches Wanda to try and converse with her once again, Wanda uses her powers to lift Monica up into the air and bring her crashing down. But, it turns out that these new abilities also give Monica some form of either invulnerability or super-strength. when she lands, she is able to negate the force of the fall with what looks like some kind of energy aura.

Since we know that Monica has a very direct history with Carol Danvers a.k.a. Captain Marvel, w have to imagine that her newfound powers are going to serve her well when she shows up in Captain Marvel 2. WandaVision has hinted that this new superhero does not have a great relationship with Captain Marvel. There was clearly a big falling out between the two, likely in relation to the death of Monica’s mother. Could Captain Marvel 2 see the two superheroines coming to blows? And if they do, will they end up resolving their conflict and work together as a team moving forward?

WandaVision is continuing to shake up the Marvel Cinematic Universe in big ways, and we can’t wait to see what happens next. 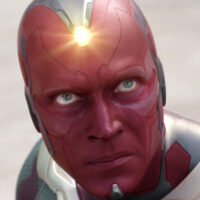