WandaVision Season 2 has been on the minds of viewers throughout Season 1. That’s the story when you develop a hit show that bends certain realities and keeps viewers on the edge of their respective seats. And it’s been the case here with the ongoing story of Wanda Maximoff and Vision taking shape over the course of the first run of episodes. Will the show be coming back for a second season or will the stories just begin to wrap into other parts of the Marvel Universe? Well, now it looks like we have at least our short-term answer and WandaVision fans aren’t going to be all that pleased.

Speaking with Collider, Matt Shakman, who has directed every episode of the first season, had some pretty telling words when it came to WandaVision Season 2. He said this about its possible return and what their plans were going forward:

“I love working at Marvel. It’s the best place in the world. They’re so great with filmmakers and I’ve had such a great journey with this show. We have no plans for WandaVision Season 2 at all – that could change, of course. It all depends on what’s the story. We were very focused on telling this story over nine episodes and hopefully coming to a conclusion that feels satisfying and also surprising.”

WHAT COULD WANDAVISION SEASON 2 BE?

If WandaVision Season 2 did end up happening, there are certainly some threads worth exploring. The biggest one that makes sense considering the title of the show would be figuring out what the relationship between White Vision and Wanda would be. Wanda’s Vision managed to gift White Vision with access to all of his memories and it looks like White Vision is going off on a journey of self-discovery.

We have not heard any reports about Paul Bettany returning as the character in any of the upcoming Marvel Cinematic Universe projects. Could WandaVision Season 2 be a story about Wanda and White Vision reconnecting and helping Vision to get his soul back?

THIS IS THE END

In a lot of ways, it isn’t all that surprising to get this kind of news on a WandaVision Season 2. The way Marvel has set up its Phase Four, kicking things off with this mind-bending series, always felt like a launchpad more than anything else. Whereas other shows will have somewhat linear arcs that can lead to expanded stories within its own little niche and world, WandaVision has been altogether different. It doesn’t feel like it’s setting up for another season, but rather for an entire phase of shows and movies. In that way, it’s a very different kind of show.

Through eight episodes so far, with the Season 1 finale airing this week, we’ve been treated to a slow burn realization that not everything in Wanda’s and Vision’s worlds is as it seems. That’s been very purposeful and methodical, stylistically walking us through the history of television while also beginning to ramp up a post-Avengers timeline for certain characters. And Wanda might be taking a definitive turn for the worst. Most times, that would mean creatives beginning work on a WandaVision Season 2, but this is a different set of circumstances.

For instance, we already know that Elizabeth Olsen’s Scarlet Witch/ Wanda Maximoff is set to have a major role in Doctor Strange and the Multiverse of Madness. Some have even speculated, and it’s almost assured, that the events of this season are setting her up to be the villain in that movie. Rumors have it that Doctor Strange will actually make an appearance in this week’s season finale as well, meaning the timeline is pushing forward with a possible clash between the two. If that’s the case and Wanda’s world is upended, then WandaVision Season 2 is really neither here nor there.

And unlike other shows that exist completely in their own worlds as insular creative works that tell their own stories without a greater arc to consider, this show is completely different from what we’ve seen in the past. It was purposefully chosen to kick off Marvel’s Phase Four which will have upwards of 11 feature-length films and 13 series (WandaVision included). This wasn’t a mistake or luck of the draw. We might not get a WandaVision Season 2 because the primary intention was to make sure this created specific storylines for all the other future works.

So in this way, Matt Shakman’s comments aren’t at all surprising. In fact, they are almost expected with what we’ve come to know about this world and how Marvel likes to operate. If their Phase Three taught us anything, it’s that there are no missed moments or accidental storylines. Even separate movies and shows are done with great intention and care. Meaning if there is no WandaVision Season 2 it’s because that was likely the plan all along.

Look, even if WandaVision had been a total bomb, missing the mark from both a story and plot device aspect, it still would have been a major hit simply because of where it rests in the Marvel Universe. Almost for sure, folks would have been clamoring for a WandaVision Season 2 no matter what. But that it’s actually awesome and creative while also leaving out little carrots like Quicksilver’s appearance, folding the X-Men into the universe, and possibly setting Wanda up to be the big bad makes it even that much more of a smash. Will we get a second season? It doesn’t look likely. But maybe we can consider all of the next Marvel Phase Four shows and movies as being the logical extensions of this first season. It’s all a sequel in that respect. 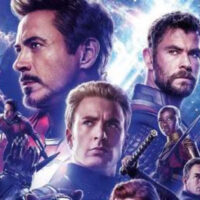 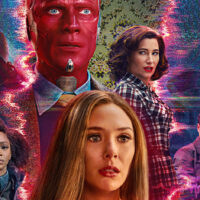 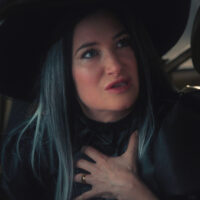