An ongoing legal battle between The Walking Dead series creator Frank Darabont and AMC has finally been settled with the two sides agreeing on an overall payment to the original showrunner. The dollar amount is nothing to sneeze at with the zombie apocalypse series garnering significant revenue over the last many years. But the two sides have long been at odds over the dollar amount of compensation to Darabont. This week they decided on a number and are ready to move on.

According to Deadline, AMC will pay Frank Darabont $200 million dollars in payments over the rights and franchising dollars around The Walking Dead and its many spin-off series and other productions. Unbelievably, this is considerably less than the $300 million dollars Darabont and his group CAA were originally seeking when they first filed the lawsuit. That was all the way back in 2013 and the two sides have been arguing/ negotiating ever since then over “fair” value. The core piece of his complaint centers on AMCs decision to develop the franchise vertically on their own network rather than through Darabont’s production company, which sidestepped the need to pay him in the future.

Frank Darabont originally pitched The Walking Dead to AMC as a series and the network picked it up because of the source material and Darabont’s then resume which included Stephen King-adapted films like The Shawshank Redemption and The Green Mile. The first season of the show was a massive hit for AMC but Darabont was fired leading into Season 2 because of AMC’s reported desire to save money. This led to the original lawsuit being filed a year later that stated Darabont was owed profit-sharing on future works within the franchise.

Seven years later the two sides finally came to an agreement, a massive sum that says quite a bit about the size of the empire The Walking Dead has created over the years. In addition to the 10 seasons of the original show which is about to enter its 11th and final season shortly, there have been spin-offs and prequels as well. Two of them, Fear the Walking Dead and The Walking Dead: The World Beyond are currently in the middle of series runs. But there’s also a spin-off about Carol and Daryl coming down the pike and Tales of the Walking Dead is in development as well.

And that’s not all. The Walking Dead is set for some feature films as well. Those are in development and Andrew Lincoln’s Rick Grimes is set to return for those, picking up his story sometime after the events of his departure from the group at the end of Season 9.

Though The Walking Dead as a franchise, has a bright future in different series and movies, it’s unlikely this is the end of the legal headaches for AMC. Comic book creator Robert Kirkman and Season 2 showrunner Gail Anne Hurd, among others have also filed profit-sharing lawsuits against the network. There are a number of folks who don’t feel AMC has acted accordingly when it comes to how they’ve distributed dollars related to the franchise growth. The 11th season of The Walking Dead will debut on August 22nd. 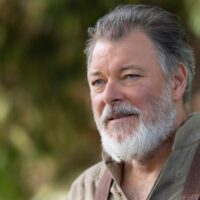