After the skyrocketing success of Ted Lasso, which recently bagged 20 nominations at the Emmy Awards 2021, Apple TV+ seems dead set on keeping the series’ co-creator Bill Lawrence. It has been reported that the tech giant has placed a straight-to-series order for Bad Monkey, which will be based on the 2013 novel of the same name by Carl Hiaasen. With Lawrence as head writer, the series is set to star Vince Vaughn who is also attached to the project as its executive producer.

As reported by The Hollywood Reporter, Bad Monkey will see Vince Vaughn play the character of Andrew Yancy, who started out his career hoping to be a hotshot detective but after a one-time opportunity at solving a case, he was demoted to being a restaurant inspector in Southern Florida. While the reasons for the demotion will be revealed in the upcoming series, it will not last long thanks to a tourist who finds a severed arm while fishing. This pushes Yancy to put his dormant detective skills to use to navigate a complex web of greed and corruption, which includes environmental destruction in Florida and the Bahamas. And as the title suggests, yes, there is going to be a monkey in the story though what part the simian will play is yet to be disclosed. For now, Vaughn is the only actor who has been roped in for the series.

Vince Vaughn was last seen on the silver screen in the critically and commercially successful comedy thriller film, Freaky. He played the character of the serial killer, The Blissfield Butcher, who switches bodies with Kathryn Newton’s Millie Kesler, a severely bullied high school student, when he stabs her with the ancient dagger, La Dola, and goes on a killing spree. He will be next seen in Aron Gaudet and Gita Pullapilly directed comedy film, Queenpins, which will feature Kristen Bell and Kirby Howell-Baptiste as two housewives who spin a clever $40 million coupon scam.

Vince Vaughn’s most prominent television credits include True Detective where he appeared as Frank Semyon, a corrupt businessman, in Season 2. He also voiced the character of Chet Stevenson in Netflix’s animated series, F for Family. He appeared in the show’s third season as an Air Force veteran who becomes the Murphy family’s new neighbor who is struggling with PTSD. He also played the character of Fred Funkhouser in the HBO comedy series, Curb Your Enthusiasm. Bad Monkey will mark his first lead role in a series.

The biggest news about upcoming Vince Vaughn films is the rumors about a possible sequel to his hit 2005 comedy film, Wedding Crashers, where he played the character of Jeremy Grey alongside Owen Wilson’s John Beckwith. The two are divorce mediators who scoff at the idea of falling in love, frequently crash weddings, and deceive many women for sexual favors. Giant Freakin Robot recently confirmed, thanks to one of our trusted and proven insider sources, that even though there is yet to be an official announcement, Wedding Crashers 2 is indeed happening. For now, all we can confirm is that Vince Vaughn, Owen Wilson, and director David Dobkin, who helmed the first film, are all set to return for the sequel. As for Isla Fisher and Rachel McAdams, who played the actors’ love interest in Wedding Crashers, it is too soon to confirm whether they are on board as well or not. As mentioned above, the project is yet to be officially announced and thus, hasn’t received a production date yet. 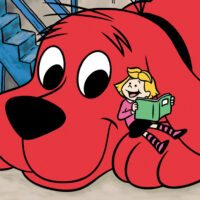