Vince McMahon is finding himself in more trouble as the weeks go on. This new investigation of his hush money has found he made private payments totaling $19 million.

The drama with Vince McMahon and the severe allegation of misconduct is taking another turn. The WWE has announced they are doing a reverse investigation of financial statements for payments made all the way back to 2019. The initial reports were that McMahon had some off-the-books spending while chairman and CEO of the company. The initial total of these secret payments was around $14.6 million, but that number has since been revealed to be much larger. A deeper look into the financials found that McMahon had made two other payments that totaled $5 million. Now, it has been assumed he paid a whopping $19 million in hush money.

Vince McMahon is currently being investigated for having paid $19 million in “certain payments” that could be linked to the strong allegations of misconduct that the SEC is looking into. These payments are said to allegedly have been paid to women whom McMahon had engaged with and paid them off to not speak of their dealings with the former CEO. Even though the man has effectively retired from his position, he is still fully being investigated. Should there be wrongdoing found, it may lead to some prison time. This is just speculation, but these allegations against McMahon are quite severe. Especially for spending $19 million in off-the-books expenditures. That is a huge amount of money.

Vince McMahon officially retired, leaving Stephanie McMahon (Vince’s daughter) as a co-CEO of the company alongside Nick Khan. Stephanie will also serve as chairman of the board, with Khan serving as a board member as well. Although Vince retired, he does remain a stockholder of the company with a controlling interest. The board’s special investigation committee is still investigating the man for misconduct that had occurred when it was found he made the initially recorded expenses that totaled $14.6 million. Now, the findings of the 2007 and 2009 payments of $5 million have opened the investigation to probe further. The WWE has not yet divulged what those two payments of $5 million were for.

Vince McMahon retired to likely not bring shame to the WWE, as the company has been the premiere pro wrestling league for decades. Still, this drama is certainly going to be the focal point for the media for the foreseeable future, especially if he is found to have stolen money from the company. On top of possibly having to sell his stock in the company, he might also be facing some sort of jail time should the allegations of misconduct be found to be true, and he is found to have stolen money. We are not sure of the seriousness of his allegations but siphoning money from a company is never good.

Vince McMahon will be under investigation for presumably the next few weeks at least, and more about his troubles will be revealed. Paying yourself or others off with a total of $19.6 million is a huge offense, and that is not going to look good for the former CEO of the WWE. Retirement might not save him from jail time. 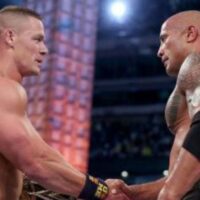 Jason Momoa Speaks Up About Ben Affleck’s Return As Batman