While we know that Venom 2 contains, obviously, anti-hero Venom as well as the murderous Carnage, director Andy Serkis is dropping hints that there may actually be more villains than we initially thought.

Venom 2, officially titled Venom: Let There Be Carnage, stars Tom Hardy as the symbiotic Venom/Eddie Brock while Woody Harrelson returns as serial killer Cletus Kasady, the character we saw at the very end of the first movie, who is slated for execution at San Quentin State Prison. When the execution goes wrong, Kasady escapes and links up with the blood-red symbiote and terror follows him.

Here is where we get our first look at the Ravencroft Institute, a place that houses some of Spider-Man’s criminally insane villains and where, apparently, we may get a peek at them in Venom 2. Brock heads to Ravencroft where he is searching for a one Francis Barrison (played by Naomie Harris), who many know as Shriek. Apparently, she can help Brock locate the escaped Kasady. While at Ravencroft, Brock may get more than he bargained for.

“This lovely little abode is of course well-known to fans. I’m not going to say too much about it, but of course, it houses some of the world’s greatest supervillains,” Andy Serkis explained to IGN about Ravencroft. “It’s a secret place not even Detective Mulligan and [the San Francisco Police Department] know about.”

Without wanting to give too much away, Serkis continued discussing his ideas for the villains in Venom 2. He said, “We get another slightly different entry point into this strange place which of course links up to other Marvel universe characters, particularly Spider-Man stories, of course,” Serkis teased. “But again, without giving too much away.”

So what Spider-Man villains have been known to frequent Ravencroft Institute and who, if any, could we possibly see in Venom 2? Carnage, for one, and then there is also Shriek.

The Spider-Man comics have a long history with villains in Ravencroft, but the institute itself goes back even farther than Spider-Man. Some names linked to the building are Jonas Ravencroft, official founder, as well as Victor Creed (Sabretooth) who had been an orderly of Dr. Nathaniel Essex aka Mister Sinister. Then there was Edward Whelen (Vermin), and of course, after Ravencroft was destroyed, it was rebuilt by Wilson Fisk aka Kingpin.

Once Kingpin took over, he brought with him Norman Osborn (Green Goblin) while also recruiting Tony Masters, Mac Gargan, Roderick Kingsley, and Karla Sofen as hospital staff. If their real names aren’t familiar, perhaps their nom de plumes are: Taskmaster, the Scorpion, Hobgoblin, and Moonstone.

Venom 2 falls under the hip new banner Sony Pictures Universe of Marvel Characters (SPUMC) and it’s ultimate goal is to link up with the Marvel Cinematic Universe and Spider-Man. Most recently, Sanford Panitch, President of Sony Pictures Motion Picture Group, told Variety that “there actually is a plan” to bring both universes together. Panitch described the upcoming Sony/Marvel co-production of Spider-Man: No Way Home as one more way of linking the two. It has also been suggested that the new Spider-Man movie will be introducing the Sinister Six and that will help bridge the two worlds.

“We don’t really think of our 900 characters as the Spidey-verse. We have a Marvel universe,” Panitch said of the SPUMC. “The volume of characters we have — you know, wait until you see this next Venom. You don’t miss Spider-Man.” Panitch paused, then added, “It’ll be exciting if they do meet, right?”

To add even more excitement to the SPUMC and MCU universe was the recent announcement that Aaron Taylor-Johnson has been brought on board as another Spider-Man nemesis as Kraven the Hunter. While he isn’t likely to appear in Venom 2, this adds to the world and future possibilities.

Andy Serkis downplayed more villains after his initial statement saying, “Obviously, there are links between Venom and Spider-Man in the Marvel Universe and the Spider-Man story, but in this, we’re treating this very much as it’s his own world. The Venom story is his own world,” Serkis told IGN. “There are nods and little moments just like this, the newspaper [from the] Daily Bugle, of course, but on the whole, he’s unaware — they’re unaware — at this point of other characters like Spider-Man. So that’s the way we’ve chosen to play this particular episode of the movie but, well, we’ll wait and see what little things you can pick out of it.”

Not to be outdone, another SPUMC property is claiming more Spider-Man villains. Morbius, which stars Jared Leto as the blood-sucking vampire, who is another Spider-Man foe, is seen in its trailer confronting Adrian Toomes (Michael Keaton), who was part of Spider-Man: Homecoming. There are ties everywhere. The Morbius trailer can be seen below.

Thankfully the new Venom 2 trailer doesn’t give too much away and hopefully future trailers won’t either. This one shows Eddie Brock learning to live with Venom, who sounds remarkably like Arnold Schwarzenegger, as they try to live by their one rule: No eating people. After that, the trailer reintroduces Harrelson as Kasady while giving a quick glimpse of the “Carnage” to come. You can see it below.

As the SPUMC and MCU slowly merge, one thing is for certain, they seem to have a plan. Who’s looking forward to Venom 2 and the possibility of new villains being introduced? Give us your thoughts. 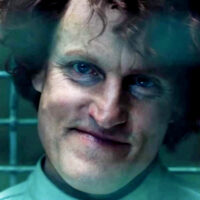