Val Kilmer just released a documentary that’s earning him rave reviews for his artistic presence and the ability to be reflective about his life over these many years. And now, a blockbuster movie that he starred in decades ago is getting a reboot. According to The Hollywood Reporter, Paramount is rebooting the story and will have an up-and-coming star taking over the lead role in The Saint. It’s an interesting concept that likely has some legs going forward.

This latest news puts Rege-Jean Page (Bridgerton) in the lead role, taking over for Val Kilmer as The Saint in this production. The former will star and also executive produce as well. There are a number of notable names attached to the project around a story that could be put into franchise mode with the right story. Based on the novels by Leslie Charteris, The Saint is Simon Templar, a conveniently-named thief for hire who likes to give himself Christian aliases as part of the narrative.

This latest version will be a studio feature movie with an entirely new story, unlikely to take the same line as the original Val Kilmer version. In that one, Templar is tasked with stealing a formula for a cold fusion reactor from an American scientist to put in the hands of a Russian oligarch. But, of course, he quickly realizes the fault in this plan and instead falls for the scientist, played by Elisabeth Shue. Check out the original trailer for The Saint.

But the concept of The Saint lands it in a realm of possible future movies as well in a way the Val Kilmer version didn’t quite do. That felt like more of a one-off story, even though the master of disguise and professional thief could have gone on with his operations almost in perpetuity. This newest one is likely to take more of a long-game approach to the character, a former orphan with Catholicism as the main part of his modus operandi.

Val Kilmer starred in the original movie back in 1997 and it was a somewhat surprising hit at the time. On a budget of around $80 million, the flick turned in about $170 million at the box office. It was a crowd-pleaser on the back of Val Kilmer’s at-the-time fame and an action-packed plot. Critics weren’t as kind though and it’s sitting at just 30% on Rotten Tomatoes. That being said, they may have missed the forest for the holy trees here with a cool movie that still holds up relatively well because of the Kilmer performance.

This latest version of The Saint will have Lorenzo di Bonaventura and Brad Krevoy on as producers and Kwame Kwei-Armah is penning the script. And if you want to check out Val Kilmer in the meantime, remember that his documentary Val is in limited release now. It’s essentially the story of his life with the actor having brought a camera with him almost everywhere over the last many decades. It’s been universally praised by critics. 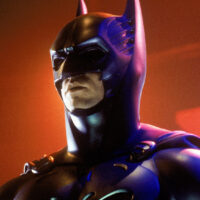 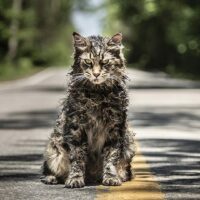