Chevy Chase stars as a journalist in 1985's underrated Fletch.

While he’s known for causing drama behind the scenes (just ask Dan Harmon), nobody can deny that Chevy Chase has headlined some amazing comedies over the years. He is perhaps best known for his National Lampoon movies, where he played Clark Griswold, a hapless everyman figure who must navigate increasingly bizarre situations while trying to enjoy time with his family. However, Chase did arguably his best work in the underrated film Fletch, and you can now stream this gem of a film on Netflix.

Before it was turned into a movie, Fletch was a series of novels written by Gregory Mcdonald about a journalist named I.M. Fletcher (or just “Fletch” for short). In the movie, Chevy Chase plays Fletcher to perfection, as the character is presented with a bizarre opportunity. A millionaire is willing to pay this underpaid journalist plenty of cold, hard cash if he is willing to end the millionaire’s life because the wealthy man has terminal cancer.

Despite the cash involved, Fletch can’t turn off his journalistic instincts, and he quickly discovers there is more going on than first appeared. He ends up putting his life on the line to investigate this strange mystery. However, the bigger mystery may be how this Chevy Chase cult film ever got made in the first place.

There were efforts to turn Fletch into a film almost immediately after publishing the first book in 1974. Once producer Jonathan Burrows owned the film rights, he tried unsuccessfully to sell the movie to Columbia Pictures, New Line Cinema, Warner Bros., 20th Century Fox, and just about every other studio in Hollywood. It was only when star Michael Douglas saw the film’s potential that he convinced his half-brother Peter Douglas to co-produce the film, that this Chevy Chase movie finally got off the ground.

However, it almost took off without Chevy Chase as the star. Other actors were considered for the role, including Barry Bostwick, Charles Grodin, Jeff Bridges, and Richard Dreyfuss. In fact, Dreyfuss was only considered after Chevy Chase initially turned the role down, though he later explained that it was his agent that rejected the offer and that Chase loved the movie from the beginning.

Ironically, even though Universal Pictures was one of the studios that originally rejected the movie, they ended up releasing it in 1985 and treating it as a major blockbuster despite some early negative previews. It helped that Chevy Chase was at the height of his popularity at the time, and the movie ended up grossing $59.6 million. This was enough for the studio to greenlight a sequel, Fletch Lives, which came out in 1989.

Unfortunately, Fletch Lives made less money than the original film (only $39.4 million), and critics panned the movie despite generally enjoying the original. Because of these factors, there were decades with no new Fletch content, though there were serious talks about Kevin Smith directing a reboot movie and (after Smith was replaced as a possible director) Scrubs star Zack Braff starring as Fletch. That fell through, though, and it looked like the idea of a reboot was dead until the 2022 release of Confess, Fletch, an underrated diamond in the digital rough starring Mad Men actor Jon Hamm as Fletch. 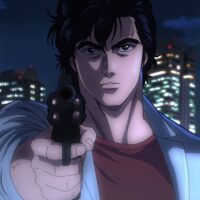 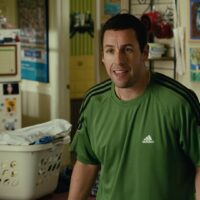