The Uncharted cast is led by Tom Holland and Mark Wahlberg in a movie that was meant to hit screens in 2021 but was delayed until 2022.

The Uncharted cast did a brilliant job doing something that remains difficult: putting butts in theater seats. After being delayed from multiple release dates in 2021, Uncharted finally hit theaters in February 2022 and ended its run by adding $400 million to Sony‘s coffers. It’s tough to imagine the cast didn’t have a lot to do with that.

Here’s what we know about the Uncharted 2021 cast for the movie that came out in 2022–the stars and the roles they played in one of the highest growing film adaptations of a video game of all time.

The Uncharted cast was led by Tom Holland of Marvel Cinematic Universe fame. Holland plays the heroic treasure hunter Nathan “Nate” Drake; albeit a much younger version of the character than fans of the video game series are used to. He’s a bartender when we first meet him; at the time, he’s recruited by Sully (Mark Wahlberg) to both find Nate’s brother Sam and to recover the legendary treasure of the 16th-century Magellan Expedition.

All throughout 2021 and earlier, a lot of hardcore Uncharted fans voiced their objection to Holland taking the lead role in the film. They preferred the choice of Nathan Fillion based on his performance as Drake in a 2018 fan film directed by Allan Ungar.

But the truth is, Holland’s casting likely had a lot to do with the film’s box office success. While it was released in December 2021, his mega-hit Spider-Man: No Way Home was still in theaters when Uncharted hit screens, which likely contributed to its victory over pandemic-era viewing habits.

Holland doesn’t play the only treasure hunter in the Uncharted 2022 cast. Mark Wahlberg plays Victor “Sully” Sullivan who gets Drake involved in his quest and faces a lot of the same dangers with him. We also eventually learn Sully has a few secrets up his sleeve, including one about the fate of someone close to Nate.

Uncharted marked something of a career return for Wahlberg. His only big screen appearance in 2021 was in the sci-fi flick Infinite, but after 2022’s Uncharted he would appear in the drama Father Stu and the comedy Me Time.

Believe it or not, Wahlberg was originally attached to the project to play Drake when development first began in the late 2000s, but by the time production finally started, he’d aged out of the role.

In the past, we’ve usually seen him as a hero, but in the Uncharted cast, Antonio Banderas plays the billionaire treasure hunter Santiago Moncada, who doesn’t have nearly as many moral qualms as Drake. As a descendant of those who financed the Magellan Expedition, he sees the recovery of the treasure as his birthright. Almost as soon as we meet him, he proves willing to get violent to make sure he gets his way.

While speaking to Yahoo! about Uncharted, Banderas seemed unconcerned about the supposed video game movie “curse” which has seen so many gaming adaptations flop; 2021 had seen similar failures with Resident Evil: Welcome to Raccoon City and Werewolves Within. Banderas responded, “Different formats of telling a story and a narrative have been bouncing back and forth for centuries.”

Sophia Ali of Grey’s Anatomy fame joined the Uncharted cast as something of a wild card. Ali plays Chloe Frazer, an old associate of Sully’s, though her loyalties are a little murky. She works alongside Sully and Drake for most of the film, but you don’t really know whose side she’s on until close to the end.

Starting with 2021, fans had to go without the post-apocalyptic sci-fi drama The 100, in which Tati Gabrielle had the recurring role of Gaia on the series starting with Season 4.

In the Uncharted 2021 cast, she plays the deadly Jo Braddock, who leads Moncada’s mercenaries. She seems to be working for Moncada, but the merc also has ambitions of her own.

Though he doesn’t have as much screen time as most of the Uncharted 2022 cast, Rudy Pankow’s character Sam Drake is extremely important to the plot. Early in the film, we meet Nate’s older brother as the pair are caught while trying to steal a map of Magellan’s Expedition. His disappearance, and the possibility of finding him, are a huge part of Nate’s motivation.

If you’ve seen the Uncharted trailers that started going up in 2021, then you may remember one in which a villain with a thick Scottish accent threatens Nate Drake. The only problem is that Tom Holland’s hero seems more confused about what the villain is saying than he is intimidated by him.

Credited as The Scotsman, this is Steven Waddington, known in the U.S. for his appearance in 1992’s The Last of the Mohicans.

North is a prolific voice actor whose work can be heard all over different animated projects including 2021’s The Witcher: Nightmare of the Wolf, 2018’s God of War, and 2017’s Guardians of the Galaxy: The Telltale Series.

Appearing in a post-credits scene is Pilou Asbæk of Game of Thrones fame. We don’t know a lot about this character yet because we only get a partial story in the scene and the character is an original one who hasn’t appeared in any of the games. If a sequel is in the cards for 2022’s Uncharted, it seems likely Asbæk would be asked back to the cast to reprise the role. 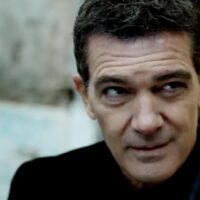 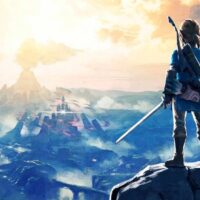 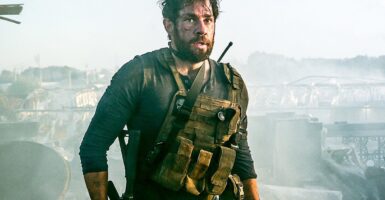