The year 2022 seems to be a great year of comebacks in various different franchises. In a collaboration with Netflix, well-known actor and director, Tyler Perry, is bringing the iconic Madea back to life with his new movie, A Madea Homecoming. Many know of Madea from when the character made her original film debut in Diary of a Mad Black Woman in 2005. Madea has continued to entertain and make audiences laugh for many years. The new trailer for A Madea Homecoming just premiered, and it’s full of characters that we had grown to love, including Madea herself.  See Tyler Perry reprise the role for Netflix in the trailer below.

The film is set to center around Madea’s great-grandson’s graduation from college, which will involve a comedic storyline involving a family reunion and flashbacks. Fans were left with bitter disappointment when Tyler Perry stated he most likely would be retiring the beloved character. However, Perry stated in an interview with Variety back in 2020, that a few things changed his mind and that Madea would definitely be making a grand return to the big screen. “But as I’ve been looking at the state of the world — and I finished a tour in January, just before the pandemic started to break in the country — and the amount of joy and laughter that it brought to so many people, that’s what I think is missing. We need that laughter and that joy.” The pandemic brought a lot of hardships to people around the world, and Perry wanted to bring laughter and joy back into people’s lives.

Tyler Perry took the new production very seriously and wanted to give it his all. The film was entirely written and directed by Perry himself. According to BET, the movie was shot in Atlanta at Tyler Perry Studios with a budget of $20 million. Many famed actors will be making an appearance in the film, such as Tamela Mann, who plays Cora, Cassie Davis Patton, who plays Aunt Bam, and Irish actor, Brendan O’Carroll. O’Carroll will be playing the role of Agnes Brown. While some characters will be returning, and some making their debut, Madea is the star of the franchise. According to The Hollywood Reporter, the character of Madea was based on Perry’s real life mother and aunt.

Tyler Perry has had a long career in the entertainment industry, and although Madea is one of his best known roles, the actor has appeared in other famous movies. He has taken roles in films such as Gone Girl and at one time, he was even listed as the highest paid man in entertainment. But there is no denying that Madea coming back to the screen is going to be one of the greatest highlights of 2022.

On February 25, A Madea Homecoming will be the 12th addition to the famous franchise. The trailer opens up with Madea herself saying, “Hallelujah,” which is probably what many fans were yelling after watching the comeback trailer. Madea’s comedic antics and hilarious storyline is definitely what the world needs, and although Madea took a brief hiatus, Tyler Perry’s iconic character will be streaming on many people’s Netflix accounts very soon. 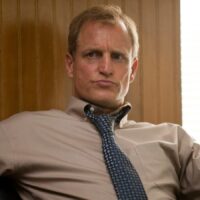 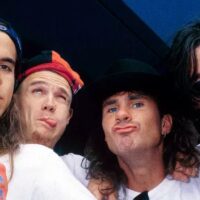