With hundreds of pages at their disposal, one book may be enough for a novelist, but that doesn’t necessarily mean filmmakers adapting the material will likewise only need one movie. That’s proven to be the case for J.R.R. Tolkien’s The Hobbit, J.K. Rowling’s Harry Potter and the Deathly Hallows, and Stephen King‘s It. But now it isn’t strictly the adaptation of a novel that’s going to need a pair of films, but an adaptation of an adaptation. Wicked is on its way to movie theaters, and one movie won’t be enough, so Universal is making two of them.

As reported by THR, director John M. Chu (Crazy Rich Asians) released a statement on Twitter, telling fans about the development. In his statement, Chu writes that in the pre-production phase of Wicked, “it became increasingly clear” that trying to fit the story in only one movie would do “some real damage to it.” He wrote that they would have to “cut songs or trim characters,” which “felt like fatal compromises to the source material.” So instead of Wicked, the first film — Wicked: Part One — is scheduled to release in theaters in December 2024 and Wicked: Part Two is set to come out the following December. You can see Chu’s tweet below.

Wicked started its life as the 1995 novel Wicked: The Life and Times of the Wicked Witch of the West by Gregory Maguire. Maguire focuses on the Wicked Witch of the West from the 1900 L. Frank Baum novel The Wonderful Wizard of Oz — famously played by Margaret Hamilton in 1939’s The Wizard of Oz — and treats her in a much more sympathetic light. One bestselling novel became a series with Son of a Witch, A Lion Among Men, and finally Out of Oz following. In 2003, the Broadway musical Wicked premiered and became an even bigger hit than the novel.

So far, the only cast announced for the Wicked films are Cynthia Erivo (Bad Times at the El Royale) and pop star Ariana Grande (Don’t Look Up). Erivo will play Elphaba, the eponymous witch. Grande will play Glinda the “good” witch who doesn’t come off looking quite so pure in this revisionist tale. Ironically, the most controversy that’s been attached to the film so far has to do with someone who — as far as official word is concerned — hasn’t been cast at all.

Shortly after the casting of Erivo and Grande was announced back in November, rumors circulated that James Corden of The Late Late Show with James Corden was bending Chu’s ear about getting a part in the film (now films). In spite of no official word about Corden’s casting coming out, fans reacted quickly to stop it from happening. Along with bristling at his performances in Cats and The Prom, fans were still annoyed at a flash mob promotion for Cinderella in which Corden not only blocked traffic, but thrust his groin at drivers. A petition was posted to change.org begging Universal to keep Corden away from the flick. To date, a little over 108,000 fans have signed.

Assuming everything goes as planned, when Wicked finally hits theaters it will be a production 20 years in the making. Development on the film began all the way back in 2004. Stephen Daldry (The Readers) was previously tapped to direct, but stepped out for scheduling issues. THR reports the film — with or without James Corden — is scheduled to begin production in June. 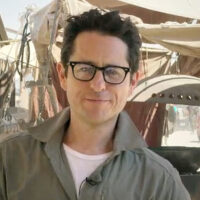 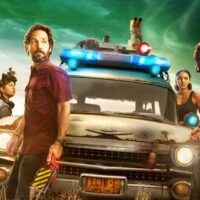 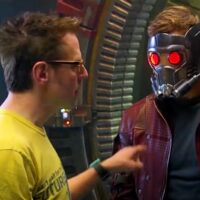