Transformers 7 is taking on a fan-favorite story based on Beast Wars. Now we got a look at who will play one of the most important roles in the next movie. Collider reports that Hellboy himself, Ron Perlman, will play Optimus Primal in Transformers: Rise of the Beasts.

Besides the Maximals, Transformers 7 will introduce movie-goers to the Predacons and Terrorcons. Inspired by Beast Wars and set in 1994, we will see these new factions get in on the action on Earth with the Autobots and Decepticons, stepping away from Michael Bay’s five films. Fans will also see why Optimus Prime has a connection to Earth and humans. Before you ask, yes, Peter Cullen returns as the fearless leader of the Autobots.

Transformers 7 will have some new faces in front and behind the camera. Tagging along Ron Perlman will be Luna Lauren Velez (Dexter), Dominique Fishback (Judas and the Black Messiah), and Anthony Ramos (Hamilton). Michael Bay will produce and not direct; instead, Steven Caple Jr. (Creed II) will sit at the director’s chair. The early writing was done by Josh Peters and Darnell Metayer, who will mark their debut with the blockbuster, Ken Nolan (Black Hawk Down), and Iron Man writers Art Marcum and Matt Holloway. The final script will be written by Joby Harold (Army of the Dead).

The Transformers movie franchise has been going since 2007. Bumblebee marked the first to go in a different direction. The spin-off origin story set itself to be more focused on the character of the same name as it was more of an intimate story between Hailee Steinfield (True Grit) and her robotic car. It was also the first time fans saw an entry from another director, Travis Knight (Kubo and the Two Strings). Transformers 7 is set seven years later and will return to the more destructive nature that has become synonymous with the films.

Transformers 7 will most likely have a tough battle at the box office. The first film had a $150 million budget and grossed $709 million worldwide, its sequel, Revenge of the Fallen, had $50 million more dollars in its budget and grossed $836 million, and the third entry, Dark of the Moon, hit over $1 billion. Age of Extinction was able to keep up with the billion-dollar mark, but that is where things started to slow down significantly. The Last Knight grossed $605 million, and Bumblebee had $467 million. While strong numbers for movies that have budgets around $200 million, the trend in declining box office might mean trouble for the next movie.

Fans can catch Transformers 7, Rise of the Beasts, which will hit theaters on June 24, 2022. 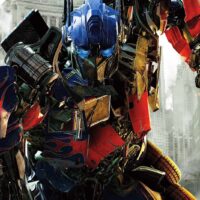 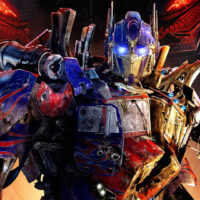