Fans of the original can rejoice. Not only has the edgy animated series Total Drama Island been saved from the ax, but it is also being brought back, thanks to HBO Max and the Cartoon Network, with two brand new seasons.

Total Drama Island is part of Total Drama, a Canadian animated series that first saw light in 2007 and lasted for five seasons. Fresh TV, the series producers, based the concept of their show around various reality TV series such as Survivor, The Amazing Race, Fear Factor, and Escape from Scorpion Island. Each season contained Total Drama in the title followed by what that season would entail.

The 27-episode season one was titled Total Drama Island that took place at the fictional Camp Wawanakwa and had a summer camp theme to it. It showcased twenty-two contestants who had to endure many challenges while trying to survive to the very end and collect their $100,000 prize.

The second season was called Total Drama Action and this time it found contestants fighting for survival on an old film lot. The 27-episode second season based its challenges around the movie genre and saw the grand prize jump to $1 million.

Total Drama’s third season was called Total Drama World Tour and was reminiscent of The Amazing Race as contestants, many from the first two seasons, went around the world in a competition to see who’d be the last person standing and win $1 million.

Season four of Total Drama saw contestants return to the island in Total Drama: Revenge of the Island. While the animated series took viewers back to Camp Wawanakwa, none of the contestants from season one returned. The series introduced a whole new group of contestants, just 13 this time, which was also the number of episodes season four had.

The series fifth and final season jumped back to 26-episodes but was actually two seasons in one, the first 13-episodes were titled Total Drama All-Stars and the second 13-episodes were called Total Drama: Pahkitew Island. All-Stars saw the return of fourteen of the most popular contestants in a Heroes vs Villains-style setup. Pahkitew Island more resembled season one as it was set on a new island but with a new set of characters.

When the series was brought to the United States, it premiered on the Cartoon Network, where it enjoyed the full five-season run. But it has been almost seven years since fans of the hilarious animated series have seen anything from Total Drama Island, though there have been two spin-off series, Total Drama Presents: The Ridonculous Race and Total DramaRama. But from the announcement of the Total Drama Island renewal, it is clear that HBO Max and Cartoon Network (where the show will play simultaneously) are bringing fans back to the original concept. Per The Hollywood Reporter, the revival is described as such:

The world’s most hilarious reality show is back and better than ever with two new seasons. With no parents, no phones, and no mercy, the new animated series will introduce an updated cast of quirky, iconic teen contestants as they face hardcore competition, brutal eliminations, and more drama than ever before.

The word that a Total Drama Island revival was on the books came as part of a bigger announcement by WarnerMedia’s president of Global Kids, Young Adults and Classics division, Tom Ascheim, as he informed those during a presentation of more than 300 hours of kids content that will be coming to both HBO Max and the Cartoon Network. “After 100 years of creating some of the world’s most beloved IP, today we’re at the beginning of our new story, with the history, corporate unity and modern approach to be the industry leader our heritage deserves,” Ascheim said via The Hollywood Reporter.

While the description of Total Drama Island is fairly vague as fans have no clue if they will be seeing any familiar contestants or even the hilariously sadistic host, Chris McLean, you can bet Total Drama Island will most likely follow the same recipe that made them a popular series. There is no word yet on a release date of the revived series. 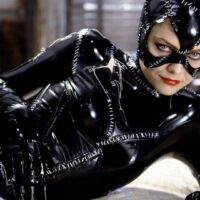 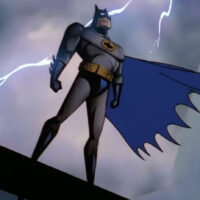 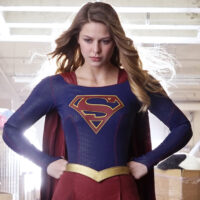 Melissa Benoist Will Still Appear As Supergirl, Despite Recasting