Top Gun: Maverick has had monumental success, and that success has inspired plenty of filmmakers, directors, actors, and studios. The fact that there was a separation of 30 years between the original film and its sequel led many to wonder if people would still care about that story. Well, that is certainly the case as the film has skyrocketed to a worldwide box office number of $1.32 billion. That level of success has inspired Reese Witherspoon, oddly enough, as she referenced the film when talking about her long-awaited Legally Blonde 3 film. According to Witherspoon, “It’s just like Top Gun: Maverick. They waited a long time to make another version of that movie, and I loved the nostalgia piece they incorporated in it.”

We are not sure if Top Gun: Maverick and Legally Blonde 3 will have anything in common, but it’s a safe bet to think they likely won’t. Still, Reese Witherspoon does have a point in that it did take a long time for the sequel to come out, but the care and nostalgia placed in the film led to its massive success. Sequels aren’t usually the talking points of most franchises. While some films balloon into franchises that speed past three or four films, others fail in their second attempt. We think it’s mostly when studios go for the cash grab aspect of films that hurt most studios’ attempts to make sequels. Even Tim Miller, director of Terminator: Dark Fate, stated that the film should not have been made.

Legally Blonde 3 would be the first film in the franchise since Legally Blonde 2 was released in 2003. It has not been quite as long as it has between Top Gun and Top Gun: Maverick, but many people may have already forgotten the tale of Elle Woods. We don’t want to discredit Reese Witherspoon, but we are not sure that Legally Blonde is going to get the same type of attention that Top Gun has. Still, it is good that Witherspoon has been inspired to ensure that the third film in her franchise is made.

Legally Blonde 3 had been announced in 2018, with Reese Witherspoon confirming those details. In 2020, Mindy Kaling and Dan Goor signed on to write the script. MGM announced shortly after that the film would be released in May of 2022. However, that month has come and gone, and there is no third film. There is no timetable for the release of Legally Blonde 3, and with MGM being bought out by Amazon, the film could be stuck in limbo. Reese Witherspoon might want to copy Top Gun: Maverick and wait another 10 years before the next film is released.

Top Gun: Maverick has been the most successful film in Tom Cruise’s career, and Reese Witherspoon is likely hoping for the same with Legally Blonde 3. The goal is to bring back all the recurring characters as well, though scheduling conflicts could prevent that from happening. Still, at least she is banking on nostalgia to catapult the third film into a success. That is essentially what Top Gun: Maverick did, though the writers and director found the right balance of nostalgia and story that made the film one of the best sequels ever made. 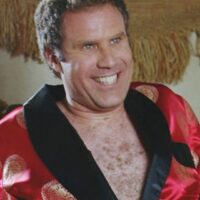 Sony Has A Weird Theory Why Top Gun Is So Popular