Tom Holland might be heading to the mystical land of Hyrule if one rumor is to be believed. The Spider-Man: Far from Home actor is allegedly being eyed to headline a Legend of Zelda project over at Netflix.

Nintendo and Netflix have supposedly been crafting a Legend of Zelda project for some time now, and it is sounding like Tom Holland is their dream casting for the lead role of Link, the hero of the Legend of Zelda series. It is unclear exactly what kind of project this could be, but it sounds like it is gaining steam over at the streaming giant.

Nintendo has been notoriously cagey about making adaptations of their properties. The failure of Super Mario Bros. in 1993 really put the company off of feature film and television adaptations. However, this news about Tom Holland and a Legend of Zelda project make it sound like Nintendo has gotten over that initial bad experience. And Netflix has proven they can make a good video game adaptation with the highly celebrated Castlevania series.

That does beg an important question: what form would a Legend of Zelda series with Tom Holland take? Would it be a full-length feature film or an ongoing series? Would it be live-action or animated? And exactly what Legend of Zelda video game would be the basis for most of its inspiration? The series spans over thirty years and includes dozens of games. Which one would the filmmakers use as the foundation for their adaptation?

If this rumor is to be believed, casting Tom Holland seems like a move that mostly makes sense if you are going to make a live-action project. Holland has a good look for the character of Link, and his work in the Marvel Cinematic Universe proves he is up for big action sequences. However, Holland is also adept at voice acting. He proved that with the Disney/Pixar film Onward that was released earlier this year. Either outlet would be a good showcase of his talents.

More importantly than the casting of Tom Holland as Link is how much money Netflix and Nintendo are going to spend on a project like Legend of Zelda? If the live-action route is the one they take, audiences have come to expect some serious production quality in fantasy fiction. Just look at how expensive shows like Game of Thrones and The Witcher have been? Are Nintendo and Netflix ready to spend that kind of cash to bring Legend of Zelda to life? Or would it be cheaper to do it all in animation?

Either way, if this rumor is true, it sounds like Tom Holland could be strapping on a sword and shield in the not-too-distant future. Nintendo sounds like they want to start diversifying their intellectual properties into cinematic endeavors. Legend of Zelda is definitely one of the company’s most cinematic properties. If the desire is there from the studios and they can put out a product that will satisfy longtime fans of the video game series, it could be one of the most exciting fantasy projects in recent years. 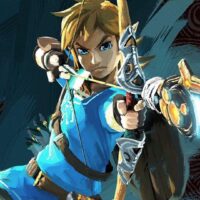 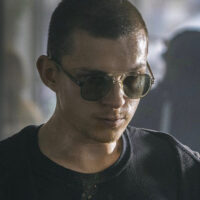