Uncharted is killing it at the box office, in spite of critics almost uniformly ripping it a new one as soon as they got a chance. But while butts might be filling seats at screenings of the Tom Holland action flick all across the world, there’s at least one country where exactly no one will be seeing it. Vietnam has announced Uncharted is being banned from distribution in the country.

According to The Hollywood Reporter, the word comes from Vietnam’s state run news agency, who says the Tom Holland film has been banned because of an illegal image. Specifically, a scene in Uncharted displays a map that includes China’s so-called “nine dash line” marking the latter nation’s claimed territory in the South China Sea. Because Vietnam claims control over some of this territory, displaying the nine-dash line is illegal in that country’s visual media. The 2019 animated adventure film Abominable was barred from the country for the same reason, and THR says Netflix’s political thriller Pine Gap was asked to do away with a number of episodes that similarly displayed the nine dash line.

THR speculates displaying the controversial image was a calculated move by Sony. To leave the nine dash line out of the map, the outlet says, would undoubtedly have gotten the Tom Holland film banned in China which would potentially mean a much bigger loss for Sony. Uncharted is predicted to make around $15 million in China when it opens there, which is more money than any film from the United States has ever made in Vietnam.

To some, this new development over the Tom Holland film may seem ironic. After all, usually when news about film censorship and China comes out, it’s usually China that’s doing the censoring. In spite of many still considering it the best Batman film ever, for example, 2008’s The Dark Knight was never legally screened in China, reportedly because of a sequence taking place in Hong Kong and the inclusion of a Chinese money launderer. More recently, the entire ending of 1999’s Fight Club was erased for the film’s streaming debut in the country. Even more recently, Keanu Reeves faced a call for boycotts of all of his movies because of his involvement in a concert to benefit the Tibetan House, which the Chinese government has labeled as a separatist organization.

Ironic or not, Tom Holland and others shouldn’t be too surprised at their movies being strategically altered for the sake of Chinese audiences. It had been predicted for years and in 2020, as THR and others reported, China finally overtook the United States as the biggest box office in the world. Some of the changes we already know about include the titular pilot’s jacket being changed for the release of Top Gun: Maverick to no longer display the flags of Taiwan or Japan, Marvel changing the birthplace of The Ancient One (Tilda Swinton) — Tibet in the comics — for the release of 2016’s Doctor Strange, and invading Chinese soldiers being removed from the 2012 remake of Red Dawn. 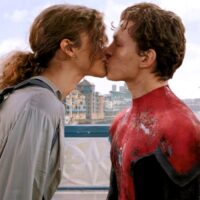 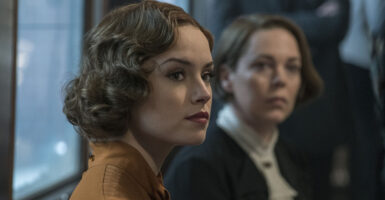 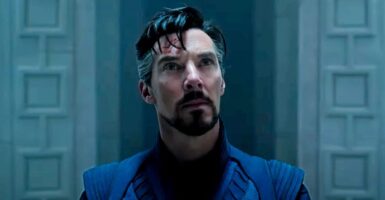