Tom Hardy is terrifying as a real-life British prisoner in Bronson.

Tom Hardy is one of the most prominent actors in Hollywood and seems to land on numerous fan cast lists for iconic characters like Wolverine and James Bond. He became a household name in 2012 when he donned a mask opposite Christian Bale’s Batman as Bane in Christopher Nolan’s epic conclusion to his Dark Knight trilogy, Dark Knight Rises. But his most terrifying role actually came four years earlier in a biopic film, Bronson, about the most violent and brutal criminal in British penal history, Michael Peterson, AKA Charles Bronson.

The story of Charles Bronson is one of mystery, intrigue, and brutality, and Tom Hardy perfectly captures all of those aspects in a breakout performance that shows he can be engaging, even if it is in an animalistic way. The film sees Hardy address the audience to tell Michael Peterson’s story from a place of perspective, refusing to blame his upbringing or anything else for his behavior, likening it to the nature of a venomous snake’s nature to strike. The film sees Bronson go from his first robbery crime to his seven-year sentence, less than 70 days of freedom before stealing a ring to propose to a woman (who declined) and back to prison, totaling 34 years in jail and 31 of them in solitary confinement.

Bronson as a film is carried mainly by the performance of its lead actor, who walks the line between charming and engaging narrator and animalistic madman with seemingly no regard for his own well-being. Tom Hardy’s Bronson had a talent for abducting fellow prisoners and holding them hostage, prompting guards to come to the rescue and beat Bronson into submission. In true animalistic style, Hardy would strip naked and engage in the battle with an enthusiasm that showed he knew he was about to be beaten, and that was the point.

Hardy is no stranger to raw characters or the ability to bring to life the gangster lifestyle in unique ways that capture the attention of every viewer. With roles in RocknRolla, Peaky Blinders, and Legend, it was clear that he could bring brutality and violence to anyone who earned the ire of his characters. While he may be most well known for his roles in films like The Dark Knight Rises and Inception, arguably his best performances are in the somehow forgotten Revenant (which earned him an Academy Award nomination), the visually brilliant Mad Max: Fury Road, and the criminally underrated Bronson.

Bronson is directed by Danish filmmaker Nicolas Winding Refn, who is best known for his Pusher trilogy and for working with renowned actors such as Mads Mikkelson, Ryan Gosling, and of course, Tom Hardy. His Pusher trilogy gained him renown in his home country of Denmark, where lead actor Mads Mikkelson also gained fame, along with their other collaboration, Bleeder. He broke into the American market with Drive and Only God Forgives, both starring Ryan Gosling, and the British market with his Tom Hardy vehicle, Bronson.

With Bronson, both Hardy and Refn found the right mix of darkness and humor that allowed the audience to both lament and root for a character that is so odd and unique we can’t pull our eyes away from the screen. The film has a Rotten Tomatoes score of 76% and 74% by the critics and audiences, respectfully, and Roger Ebert called Tom Hardy’s Charles Bronson his own victim in his review. He praised the director for avoiding any sort of explanation as to why Bronson acts the way he does, instead taking the view that some people are pure evil just because they are pure evil.

Bronson is a film that explores humankind’s unexplained and animalistic brutality in the form of one man who seems to enjoy pain and suffering. While it is easy to dismiss someone like that as insane, Hardy and Refn take the perspective that while insanity is defined as doing the same thing over and over, expecting a different result, Charles Bronson repeated the same actions in his prison time, knowing what would happen each time. If you haven’t seen Tom Hardy’s career-launching performance as the man who inspired the fascination of all of England, you can find it streaming on Roku, Redbox, Pluto, and Flex. 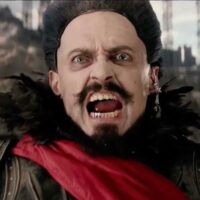 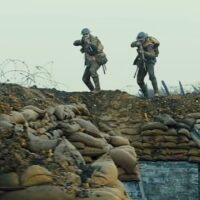 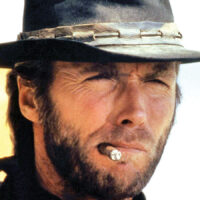