AppleTV+ is starting to branch out in a big way, as they are currently bringing in many high-profile actors for films on the streaming service. This could be beacuse the streaming service was the first to ever win an Oscar, as they pulled out the big win for Best Picture for the film CODA. Tom Hanks has been one of the high-profile actors that have been attached to the service, as he has appeared in films like Finch and Greyhound. It has now been announced that Hanks and partner Gary Goetzman have signed a multi-year deal with Apple, and are working on a WWII series called Masters of the Air, along with a newly announced sequel to Greyhound.

Tom Hanks has long been involved in telling stories from the WWII era. He partnered with Steven Spielberg and Amblin to release arguably two of the best series on the subject for HBO: Band of Brothers and The Pacific. He also starred in one of the best films in WWII, Saving Private Ryan. Amblin and Hank’s production company with Goetzman, Playtone, are now working on Masters of the Air. This new series will see follow the bomber boys from WWII. Greyhound is much of the same, as Hanks portrayed Captain Krause, a first-time Navy captain who must navigate treacherous waters filled with Nazi submarines. He must guide his convoy through a bevy of fire and death to deliver much-needed troops and supplies to the waiting American battalion.

Greyhound is one of his more underrated ventures, considering that it was released on AppleTV+ when the service was still new. The streaming service began in November of 2019, and Greyhound debuted in July 2021. Premiering a Tom Hanks movie on a streaming service is certainly a risk, considering his box office number are generally high, but it worked out. In fact, the film was initially meant to make it into theaters, but the pandemic halted that from happening. AppleTV+ stepped in and bought the rights for the film, thus releasing it on their streaming platform. The film holds a respectable 75% “certified fresh” critic rating on Rotten Tomatoes, with a 72% audience rating. People generally liked this film, and as such, it is now going to be given a sequel. The film is based on a true story and is taken from the book The Good Sheperd by C.S. Forester. While Greyhound certainly ended, it could mean that the whole story was not told in the first film, warranting a further sequel.

Tom Hanks is certainly one who takes portraying subject matter from WWII seriously, as most of his works on that subject have been accurate and done well. It’s rather exciting to see that he will be part of a new series and the Greyhound sequel. Hanks also wrote the screenplay for Greyhound, so it is likely that he will be just as involved in the upcoming sequel. Masters of the Air is currently filming, and the Greyhound sequel has only just been announced. Look out for both to appear on AppleTV+ likely early next year. 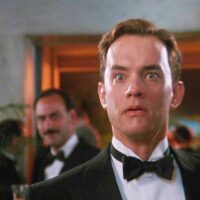 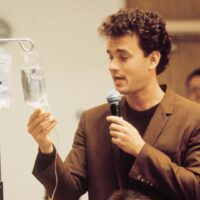 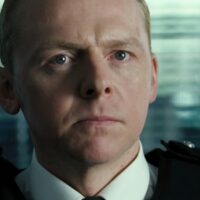