Tom Hanks starred in an anti-Dungeons & Dragons movie titled Mazes and Monsters in 1982.

Legendary actor Tom Hanks has garnered tremendous respect in the industry for his performances and contributions. Perhaps what many don’t know about the actor is that one of his first leading roles was in the made-for-television drama Mazes and Monsters. The film centered on a group of college students and their interest in a fictitious RPG game.

Twenty-six year-old Tom Hanks had just moved to New York when he starred in Mazes and Monsters. In 1979, Hanks made his film debut in a low-budget slasher titled He Knows You’re Alone. Although it wasn’t a critical darling, the project did make the studio a bit of money, grossing nearly $5 million at the box office.

Following his film debut, Hanks landed the role in director Steven Hilliard Stern’s drama film. Prior to making Mazes and Monsters, Stern directed several made-for-television movies. One of his most notable projects was the 1981 fantasy-comedy The Devil and Max Devlin, which starred Elliot Gould and Bill Cosby.

One aspect of the Tom Hanks drama was the correlation between role-playing games and mental health. Based on the novel of the same name, Mazes and Monsters focused on a protagonist suffering from schizophrenia. In the Rona Jaffe novel, the need for maturity is often accompanied by the abandonment of role-playing.

In the film, Tom Hank’s character, Robbie Wheeling, has difficulty separating real from fantasy. By the end, Wheeling is living the rest of his life inside his imaginary mind. His friends feel guilty for allowing Wheeling’s psychotic break to happen.

Following his starring role in Mazes and Monsters, Tom Hanks became a sought-after actor in Hollywood. One of his finest claims to fame was starring in the 1993 legal drama Philadelphia alongside Denzel Washington. His role as Andrew “Andy” Beckett earned Hanks his first Academy Award win for Best Actor.

After Philadelphia, Tom Hanks took on the role of Forest Gump, a role that almost went to Bill Murray. During his interview on The Howard Stern show in 2014, Murray revealed he had been “in conversations” for the role, but ultimately it went to Hanks. The role gave Hanks his second Academy Award win and again helped establish him as a major power player in the industry.

The rest of Hank’s career is well documented. The actor worked with numerous respected directors and provided the voice of Woody in Pixar’s Toy Story. Hank’s legendary Hollywood career is only matched by a few actors still working together.

But while the actor is regarded as one of the best to have ever stepped foot in front of a camera, Hanks himself recently admitted that he’d only made four movies which are “pretty good.” In an interview with People Magazine, the Oscar winner told the publication he believes he’s made only four movies that are above good. He didn’t list which projects would be on the list.

If there’s one thing Tom Hanks probably has yet to do in his career is feature heavily in a major comic book project. He does have a film coming that partners him up with Marvel star Paul Bettany and reunites him with Forest Gump filmmaker Robert Zemeckis. However, news of Tom Hanks joining an MCU or DC Universe project seems nonexistent.

The Oscar winner even starred in a project “his fanbase [didn’t] want him to.” According to Deadline, Tom Hanks signed on to play music industry figure Colonel Tom Parker in the film Elvis because he knew fans would reject him for it. Despite Hanks believing there to be backlash for his casting, Baz Luhrmann’s Elvis still became one of the director’s highest-grossing movies ever, earning $286 million at the box office.

Tom Hanks is set to star in director Wes Anderson’s new romantic comedy Asteroid City. The project’s cast was described as “larger than most other Anderson films” and will be released domestically by Focus Features. Alongside Hanks, the film also stars Tilda Swinton, Margot Robbie, and others. 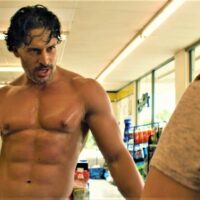 Joe Manganiello Is Directing A Movie About The Best RPG Ever 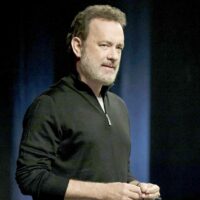 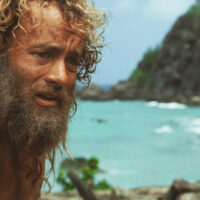