Tom Ellis didn’t do Lucifer fans any favors this week when he basically put to rest any hope of the show returning after its sixth season. Originally, fans were given a lifeline after it was speculated the Season 5 ending would be the series finale. That wasn’t the case and Netflix did bring it back for another run. But Season 6 looks like it will be all she wrote.

Originally, Lucifer appeared on Fox for its first three seasons before it was canceled because of poor ratings. But Netflix was quick to scoop up Tom Ellis and the show, resurrecting it from the dead and giving it new life. It turned out to be the right move and makes the move by Fox look egregious in retrospect.

Playing the face of the Devil is an interesting casting role considering one needs to be both handsome and sinister at the same time. But Tom Ellis has embodied the role perfectly from the outset. He plays the show’s titular character, Lucifer, who’s come up from hell to run a nightclub in Los Angeles. It really isn’t all that big of a stretch for the red-tailed horned one from Hades. The show has taken a number of creative liberties including an all-musical episode and even a black and white noir styled one as well.

While the first season reviews were less than ideal, Seasons 2-4 all rank at 100% on the Tomatometer (without critical consensus for what it’s worth). And it’s been a big fan hit since the streaming platform took over distribution. It has been extremely popular and last year ranked second behind only Stranger Things in overall views. That’s impressive and even put it above popular shows like Orange Is the New Black and 13 Reasons Why. Tom Ellis is a big reason why and in Season 5 even took on double duties playing his own twin brother.

Lucifer Season 5 premiered in August on Netflix and we already knew that it wasn’t the streaming service’s best performer yet. That mantle goes to Ratched, the prequel to One Flew Over the Cuckoo’s Nest. But after some negotiation issues between Tom Ellis and Netflix, over the summer it was announced that Season 6 would actually happen.

Tom Ellis said in the interview that he would be officially calling it quits on the character. Lucifer looks like it will get a proper ending, and that Ellis is done with the show. It’s unclear what’s next for Ellis after this move. He doesn’t appear to have any other work in pre-production and could just be focusing on the final season before moving into other work.

Considering Lucifer was canceled once by a network and then brought back for another season when it looked like the show was finished, I think fans can feel fortunate they got as much of Tom Ellis as Lucifer Morningstar as they did. As of this writing, there was no official release date for Season 6, though eight episodes already have titles and creative attached. The series finale “A Chance for a Happy Ending” nods to the idea that Lucifer goes out on a positive note. 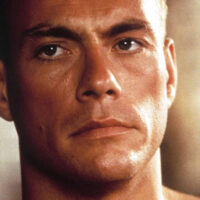 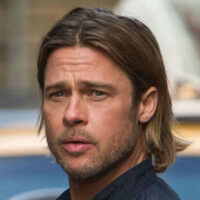