With the massive success of Top: Gun Maverick, Miles Teller has revealed he is in discussions with Tom Cruise about Top Gun: Maverick 2.

Anyone who has happened to see Top Gun: Maverick would immediately want more of that story. It is quite fantastic. Even after waiting over 30 years, which isn’t usually the recipe for success, the film became the biggest hit of 2022. Everyone would agree that the original film was a bit cheesy, but that was the case for most films made in the 1980s. Maverick had a much different level to it, which is why it has crossed over $1 billion in box office numbers. Miles Teller recently revealed he is in talks with Tom Cruise about Top Gun: Maverick 2. According to Teller, “It’s all up to Tom. I’ve been having some conversations with him about it. We’ll see.”

Tom Cruise had been awarded an honorary Palme d’Or for his performance in Top Gun: Maverick, which is the highest honor that can be given at the Cannes Film Festival when the film was premiered there. He also spoke about his love for film and those films being shown the proper way in theaters, leaving many to wonder if Maverick would find its way onto a streaming platform. Considering all that has happened and now the film has nearly earned 1.2 billion in box office numbers, it would be smart for talks to happen about Top Gun: Maverick 2.

Another thing of note is all the young talent that was added to Top Gun: Maverick. Miles Teller spoke about this fact. According to Teller, “For him to share Top Gun with me and a lot of these other young actors it’s just been such a wild ride, and it’s still going.” Those young actors that appeared in the films could easily have their characters a bit more fleshed out in the potential Top Gun: Maverick 2, and we would all be happy to watch it. One of the biggest positives of the film is that all the characters had something at stake. It felt like the original dynamic between Maverick and Goose vs. Iceman and Slider. However, most of the new pilots had something to gain. It wasn’t just focused on the rivalry of four men. Seeing the pilots that were in the sequel film be more fleshed out would be a fantastic way to keep the story emotional and keep everyone invested in a potential sequel.

Tom Cruise is likely going to be busy wrapping up another of his hit franchises, as Mission Impossible: Dead Reckoning is currently being worked on, which is meant to end the story of Ethan Hunt. However, once that is completed, we might be seeing the man take on the likes of Top Gun: Maverick 2. The usual case in Hollywood is that if a movie is that successful, it always warrants a sequel. We know Maverick is a sequel already, but it’s so vastly different from the original, that it almost feels like a brand-new film. The story should be explored further.

We hope that Tom Cruise and Miles Teller can help work out Top Gun: Maverick 2. We think it’s owed to the fans to see another film. Obviously, studios are going to heavily consider it as well, especially now that the sequel has already made so much money at the box offices. Don’t be surprised if we announce the sequel is in the works in the coming months. 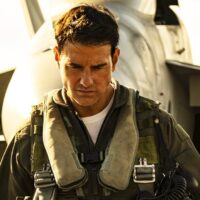 Tom Cruise And Other Paramount Stars Getting Cut Out Of Millions Of Dollars?