When it’s all said and done, Tom Cruise will go down as one of, if not the, most successful commercial actors we’ve ever seen. His films consistently crush the box office and are often total wins with critics as well. But for all the fame and fortune, his awards cabinet isn’t all that big. In fact, there’s relatively little hardware sitting around his crib even for all the great flicks. That’s why it’s kind of a big deal that he gave back some of the trophies he does have. Movie Web is reporting that Tom Cruise has returned all of his Golden Globe Awards back to the Hollywood Foreign Press Association following the latter’s recent controversy.

Tom Cruise was one of the first actors to ceremoniously send back his Golden Globe awards, but he’s unlikely to be the last. The actor is acting in response to the HFPA’s recent dust-up that involved the group’s lack of both diversity and transparency among their membership. It was reported by the Los Angeles Times a few weeks ago that the group didn’t have any black members. This led to a number of Hollywood public relations firms (kind of all of them) to respond denouncing the group.

And then, in conjunction with this Tom Cruise news, it was reported that NBC had canceled its contract with the HFPA and wouldn’t be airing next year’s Golden Globe Awards. The show, and the group that runs it, were effectively canceled within the industry and it’s unclear if they will ever recover. Considering a name like Cruise is willing to publicly distance himself from the group and a major network has dropped them from any coverage, it’s hard to imagine they can pivot hard enough to actually rise from the dead. Those Golden Globe awards sitting on Hollywood shelves might all be heading for the dumpster.

The three Golden Globe awards that Tom Cruise returned were for his work in 1990’s Born on the Fourth of Juily, 1997’s Jerry Maguire, and 2000’s Magnolia. Those three movies saw him also get a nomination nod at the Academy Awards, though he’s never taken home anything there. In terms of the Golden Globes, he was also nominated for work in A Few Good Men, The Last Samurai, and Tropic Thunder. Like I said, for the decades and decades he’s put in on the big screen and considering the sheer enormity of his fame, this list does feel oddly short.

Though Tom Cruise might never grace the Golden Globes stage ever again (because no one will), the dude is as busy as ever. He’s set to make a return to his fighter pilot beginnings when Top Gun: Maverick is finally released after its pandemic-related delays. Plus he’s got Mission: Impossible 7 and 8 filming right now. There’s also word of an Edge of Tomorrow sequel as well. Will he have a chance to replenish those awards shelves anytime soon? Probably not with this lineup, but those flicks are a movie fans dream. It’s not all about the hardware folks. 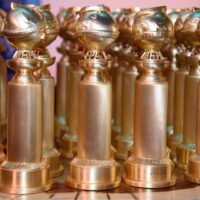