Timothee Chalamet may have just backed his way into a major motion picture starring role. The actor made a splash on Super Bowl Sunday in an ad during the big game that had him taking on an iconic movie character. Well, more than just your standard football fan took notice of his performance and it might land him a bigger gig. According to insider Daniel Richtman, the studio is now considering Chalamet for a role in an upcoming movie, playing essentially the same character as in the commercial. Could Chalamet be cast as Edward Scissorhands’s son? It seems entirely plausible now.

The commercial in question was for Cadillac and starred Timothee Chalamet and Winona Ryder. The former is Edgar Scissorhands, presumably, the son of the titular character and Ryder is essentially playing Kim Boggs from the original movie. She’s living the suburban life with a son who, like his father, has just scissor blades instead of hands. Here, check out the commercial:

It’s a hilarious take on the concept, making the case for hands-free steering. But besides just the creativity in the message, it appears Timothee Chalamet caught some eyes with his performance. He’s excellent as the disaffected and sad Edgar who struggles with day-to-day things because of his affliction. It was incredibly reminiscent of Johnny Depp’s performance in the original. There’s a sweet sadness to the proceedings from Edgar ruining a football, getting scolded for overdoing the salad presentation, and more.

There didn’t appear to be any definitive plans for an Edward Scissorhands sequel in the works either from the studio or from Tim Burton, but Timothee Chalamet may have pressed the issue with this performance. Seeing as how this played well with a national audience and brought the original character back into the collective consciousness, then the timing could be perfect to bring the character (or his son) back into the fold.

The original Edward Scissorhands came out more than 30 years ago and was an offbeat and rather surprising hit for Tim Burton and company. It was the story of a humanoid whose creator left him unfinished and without standard hands. But really it was a fish-out-water tale of Edward as an outsider living in a suburb where he struggles for acceptance. He looks dangerous and evil though is anything but. He’s a kind soul with the juxtaposition of sharp blades at his fingertips that make him look like out of a horror movie. Timothee Chalamet brought a similar vibe to the character.

Whether Timothee Chalamet playing Edgar actually sparks an Edward Scissorhands sequel remains to be seen. Tim Burton had said in the past that he had no interest in reprising the character or telling additional stories in this world.  But if the studio thinks they have a viable option for the lead then sometimes these things start rolling downhill quickly.

Before we even think about getting an Edward Scissorhands sequel though, Timothee Chalamet has another major picture heading to the big screen soon. He’s set to star as Paul Atreides in Denis Villenueve’s Dune remake. It’s shaping up to be an epic film and confirms Chalamet’s star is definitely on the rise. 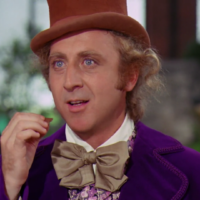