Actor Timothee Chalamet has been delighting audiences globally with his star-making turns in hit films such as Christopher Nolan’s Interstellar and Greta Gerwig’s Lady Bird and Little Women. Recently, the young fashion icon brought director Denis Villeneuve’s Dune to life with his performance as the primary protagonist Paul Atreides. Taking his talents from the film world to the stage in productions of The Talls and Manhattan Theatre Club’s Prodigal Son, Chalamet has been met with accolades along the way. Now, his latest staged venture seems to have fallen apart before it even got off the ground.

Timothee Chalamet was slated to begin work on a new stage production and make his debut on the West End. As Variety reports, Chalamet was going to star in 4000 Miles at the Old Vic theater in London, but the play has been canceled due to unforeseen circumstances, according to an email sent by The Old Vic to ticket holders. The historic London theater put out a statement that reads in part, “Following its postponement due to the pandemic, and despite an enormous amount of effort from all involved, we have now sadly and reluctantly concluded that we are unable to reschedule the show at a time possible for everyone involved.”

Playbill has also communicated that The Old Vic, which was financially impacted by the pandemic, is asking ticket holders to consider donating the cost of their ticket back to The Old Vic. All tickets for the canceled Timothee Chalamet production have been automatically converted into vouchers for future ticket sales with the theater, with options to convert the voucher into a donation or request a refund. The play was originally planned to begin performances April 6, 2020, and ultimately postponed to 2022, before now being fully canceled.

4000 Miles is a dramatic comedy by American playwright Amy Herzog, which famously ran Off-Broadway beginning in 2011 and then again at The Lincoln Center Theater in 2012. Playbill reported back in 2013 that Herzog’s play was a finalist for the Pulitzer Prize for Drama, but ultimately lost to Ayad Akhtar’s Disgraced. The intriguing play tells the story of Leo Joseph-Connell, who suffers a major loss while he was on a cross-country bike trip. The coming of age story set around grief was to be shown with Timothee Chalamet taking on the lead role of Leo Joseph-Connell, with three-time Olivier Award winner Dame Eileen Atkins costarring as his grandmother, Vera Joseph.

With the success of Timothee Chalamet’s film career, debuting on the London stage would have been a great opportunity for the 26-year-old American actor to showcase his acting abilities elsewhere. Chalamet has been busy in the United Kingdom filming the upcoming film Wonka, which is set to hit theaters worldwide in December 2023. The film is a great departure from other portrayals of Willy Wonka, such as Johnny Depp and Gene Wilder’s famous characterizations of the Roald Dahl favorite. Wonka will have Chalamet exploring the story of the character in his younger years as a creator and inventor on the rise. The film is set to be helmed by Paddington director Paul King, and will star Chalamet alongside Oscar winner Olivia Colman, Sally Hawkins, Rowan Atkinson, Keegan-Michael Key, and Downton Abbey’s Jim Carter. 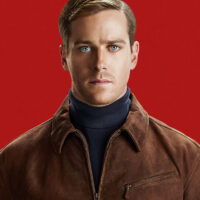