If there is one thing the fiction of science has taught us, countless times, it’s that time travel is possible. We have seen it in The Terminator franchise, the rom-com About Time, of course, the Back to the Future franchise, Planet of the Apes, and even Hot Tub Time Machine.

The list can easily go on and on. The commonality here is that people would go back in time to change events of the future. This paradox, which has been at times described as the grandfather paradox – going back in time to kill one’s grandfather thus removing the time traveler from ever living – may now not necessarily exist.

Reversible Dynamics with Closed Time-like Curves and Freedom of Choice is a paper written by Germain Tobar and Fabio Costa and speaks directly to their thought that if time travel were to exist, this paradox possibly wouldn’t happen. According to the man who developed the theory of general relativity, Einstein, “closed timelike curves” are theoretically possible, meaning that a person could go back in time to have wonderful interactions with their younger selves. But also according to Einstein, it could be potentially dangerous to have such an interaction.

Tobar and Costa counter Einstein, saying that this paradox may not exist because they feel these types of events would adjust themselves. In their words, a person could go back in time, change events from the past in hopes to affect the future, but somehow these events would correct, and the original outcome would still happen.

Now, it may not happen as it did the first time around, but things would find a way to recalibrate themselves and produce the same outcome. Tobar used the COVID pandemic as an example of how changing the past may not affect the future. He claims that a person going back in time to stop COVID’s patient zero from spreading the virus may stop that person, but in turn, the time traveler could then become patient zero or another person would take their place as patient zero.

“You might try and stop patient zero from becoming infected, but in doing so, you would catch the virus and become patient zero, or someone else would,” Tobar told Australia’s The University of Queensland’s news service. He continued, “No matter what you did, the salient events would just recalibrate around you. This would mean that – no matter your actions – the pandemic would occur, giving your younger self the motivation to go back and stop it. Try as you might to create a paradox, the events will always adjust themselves, to avoid any inconsistency. The range of mathematical processes we discovered show that time travel with free will is logically possible in our universe without any paradox.”

The duo’s findings seem to line up with an earlier study, Time travel paradoxes and multiple histories, that concluded that time travel wouldn’t necessarily alter the future. You can also count noted bestselling science fiction author Blake Crouch (Dark Matter, Recursion) as someone who buys this theory. He agreed in an email to NPR, “The universe is deterministic and attempts to alter Past Event X are destined to be the forces which bring Past Event X into being.”

So, what’s the hold up on that time travel machine? 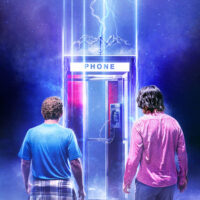