Tim Roth has joined the cast of the Canadian heist adventure film Stealing McCloud. The Pulp Fiction star will play Marc McCloud, a character inspired by controversial, real-life software mogul John McAfee. The British-American computer programmer/businessman is best known as the founder of software company McAfee Corp. He was found guilty of U.S tax evasion in 2020 and subsequently incarcerated in a Spanish prison. Shortly after his extradition to the United States was authorized in June 2021, McAfee was found dead in his prison cell. The incident was ruled as an apparent suicide.

Now, Tim Roth will bring the tale to life on screen in Stealing McCloud. The project will be directed by Logan Yuzna from a screenplay by writer Timothy York. Filming is scheduled to begin in Barcelona this April. Once complete it will be showcased to international buyers at the Cannes Film Festival. A sales agent is still to be named, according to The Hollywood Reporter.

Starring alongside Tim Roth is Alex Essoe. She will play McCloud’s friend who gathers a group of folks to help him escape from jail after the eccentric billionaire is arrested in Europe. Other actors confirmed to join the ensemble cast include Nina Kiri, Pedro Miguel Arce, Anarosa Butler, Peter Shinkoda, Yoli Fuller, Karen Hassan, Richard Sammel, George Stroumboulopoulos, Andy Yu, Françoise Yip and Anna Safroncik. Alex Hogh Andersen, of Vikings fame, is also said to be interested in the indie Canadian indie project.

Speaking about Stealing McCloud, director Logan Yuzna said he is honored to have his first live-action feature film starring Tim Roth, who has been his hero since The Hit (a movie which was also filmed in Spain). He added that the rest of the cast and production team is also outstanding. “I’m looking forward to this road heist filming gaining wide distribution,” he told the publication.

Screenwriter Timothy York also shared his excitement about penning the story, saying he was inspired by John McAfee’s story and wanted to explore how he could break him out of jail the tech titan hadn’t died while waiting to be extradited. “John was a hero of mine, so Logan and I threw around several ideas on how we could honor his tech abilities and legacy,” he said in a statement. The scribe is also elated with Tim Roth’s casting.

Pasha Patriki will produce Stealing McCloud, starring Tim Roth and Alex Essoe, for Hangar 18 Media, while Purple Dog Post will handle postproduction. York is also set to serve as a producer on the film. Depending on who picks up distribution rights, the earliest movie fans will get to see this alternative history story is 2023.

Meanwhile, Tim Roth will be reprising his role as Abomination in Marvel’s new She-Hulk series on Disney+. The actor first took on the role of Emil Blonsky/Abomination in 2008’s The Incredible Hulk, which starred Edward Norton as Bruce Banner. But after Norton was replaced with Mark Ruffalo, the villain was ultimately sidelined. She-Hulk is directed by Kat Coiro and Anu Valia, with Jessica Gao serving as head writer and showrunner. Consisting of ten episodes, the series is scheduled for release later this year. 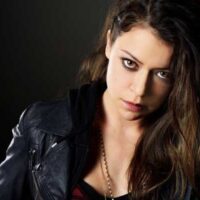 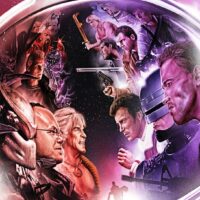