Fans of the Netflix series Wednesday are accusing producer Tim Burton of racism, over the portrayal of African-American characters.

Tim Burton’s Netflix series Wednesday is now available to stream on Netflix, but the show has already been hit with some criticism from viewers. Specifically, some Twitter users are calling the series racist due to the portrayals of two of the black characters. This Twitter user talked about how the black characters were portrayed as bullies, though they later admitted that the portrayals of the characters did improve over the course of the season:

Some users straight up called Tim Burton a racist for his portrayal of black characters on Wednesday. This user had similar complaints, saying that both characters were bullies. They also said that they thought Burton missed the mark on inclusivity:

Another Twitter user had questions for Tim Burton about the first episode of Wednesday. As this user mentions, one of the black characters’ father supposedly owns “Pilgrim land.” The viewer also takes umbrage with the girl being portrayed as a bully:

Another Twitter user said that Tim Burton had a history of racism before Wednesday, bringing up some comments he made about The Brady Bunch plotline that includes adopted kids. The user mentioned how Burton makes black characters unlikeable. Further down in their thread, they also said that Burton made up an evil back character that didn’t exist for Miss Peregrine’s Home for Peculiar Children:

Of course, there were others who don’t see Tim Burton’s Wednesday series as racist, offering counterarguments to some of the statements other Twitter users made. One user replied to the above Tweets mentioning that the black girl, named Bianca, is actually a good person who dealt with a tough hand in life. She also points out how the entire Addams family is Hispanic and Wednesday Addams herself calls out racism throughout the series:

While there are certainly people who have their issues with Tim Burton and his Wednesday series, it seems like a decent amount of viewers are enjoying the show overall. The series follows Wednesday Addams (Jenna Ortega) as she goes to school, works on mastering her psychic abilities, and attempts to solve a mystery that her parents are wrapped up in. Along with Ortega, the show stars Gwendoline Christie, Catherine Zeta-Jones, Luis Guzmán, Isaac Ordonez, Riki Lindhome, Jamie McShane, Fred Armisen, and Christina Ricci.

Tim Burton directed half of Wednesday‘s eight episodes and executive produced the series, which is created by Alfred Gough and Miles Millar. It does appear that a lot of these comments have more to do with Burton’s history (see this article from The Washington Post), rather than the inclusivity of the show itself. While these characters may initially be antagonistic, other viewers say they have character growth throughout the series and that their portrayals are a little more nuanced than just being straight-up bullies.

Additionally, while Tim Burton undoubtedly had a big creative hand on Wednesday, he didn’t write any of the episodes. It’s also a plus for inclusivity that the lead is a woman and a POC. Of course, these users are all just giving their opinions and you can form your own opinion about the series by catching it on Netflix, where it’s now streaming. 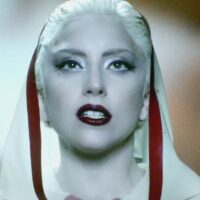 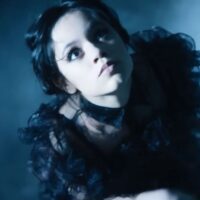