Tim Allen has been working with Tom Hanks for many years at this point thanks to their roles in the Toy Story franchise. With a working relationship that long, you would obviously hope to get along with your co-worker. Well, apparently this is no problem as Allen has nothing but good things to say about Hanks, saying “I don’t think I’ve ever trusted a human being as much as Tom to listen to me (via Yahoo! Entertainment.)”

Tim Allen went on to say “And vice versa. We have very different opinions on so many different things, but he’s really a wonderful and engaging person — and he’s the first guy that listens to me and doesn’t judge.” It’s good to hear that Buzz Lightyear and Woody get along in real life just as well as they do on the screen. After both characters had a satisfying story arc in Toy Story 4, it remains to be seen if we get to hear the two actors reunite in some of their best roles in a fifth installment of the franchise.

Of course, we did get the Toy Story-adjacent Lightyear in 2022, which did not have Tim Allen return to voice the titular space ranger. Rather, the film was the in-universe movie of Buzz Lightyear that inspired the toy. The film featured Chris Evans as Buzz this time around.

Although Tim Allen didn’t get to play Buzz Lightyear in his latest on-screen iteration, he does get to return to one of his best roles as Scott Calvin aka Santa Clause in The Santa Clauses. The Disney+ show just hit the streaming platform with the two-episode series premiere yesterday, with the next episode set to stream on November 23. The Santa Clauses follows Scott Calvin as he’s ready to retire from being Santa and he sets out to find a replacement.

Along with Tim Allen, The Santa Clauses stars  Elizabeth Mitchell, Eric Lloyd, and David Krumholtz from the original movies along with new cast members Austin Kane, Rupali Redd, Devin Bright, Matilda Lawler, Laura San Giacomo, Kal Penn, and Allen’s real-life daughter Elizabeth Allen-Dick in her acting debut. The series was created by Jack Burditt who serves as showrunner and executive producer. The Santa Clauses will run for six episodes with the finale set to air on December 14, just in time for the holidays.

As for Tim Allen’s good buddy Tom Hanks, you can catch his latest project on Disney+ too. Hanks starred as Geppetto in the live-action Robert Zemeckis-directed adaptation of Disney’s Pinnochio. Although reviews for the film have been pretty poor, it does have a star-studded cast of talent that includes Cynthia Erivo, Giuseppe Battiston, Luke Evans, Benjamin Evan Ainsworth, Joseph Gordon-Levitt, Keegan-Michael Key, and Lorraine Bracco.

Hopefully, Tom Hanks’ next couple of projects will fare better with the reviewers, as he’s set to appear in the film A Man Called Otto about a grumpy man who ends up making friends with the neighbor next door. If that film doesn’t sound like your cup of tea, the Wes Anderson-directed Asteroid City should definitely be a quality project from Hanks. The film follows an astronomy convention in the 1950s and although it doesn’t reunite Hanks with Tim Allen, the cast is stacked with talent that includes Margot Robbie, Tilda Swinton, Adrien Brody, Scarlett Johansson, Bryan Cranston, Edward Norton, Maya Hawke, Willem Dafoe, Hong Chau, Matt Dillon, Liev Schrieber, Jeffrey Wright, Jeff Goldblum, Rupert Friend, and more.

Tim Allen doesn’t currently have any future projects on his docket. For now, you’ll just have to continue to catch him in new episodes of The Santa Clauses. Make sure to tune in if you want to find out how retirement pans out for Scott Calvin. 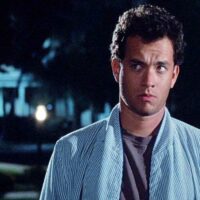 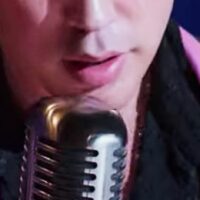 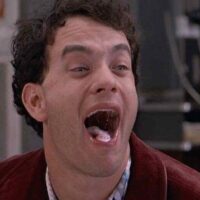