The upcoming Thunderbolts movie will no longer star Hannah John-Kamen as the antihero Ghost.

Hannah John-Kamen has been removed from the cast of Thunderbolts as the Marvel villain Ghost. According to our trusted and proven sources, the Ant-Man and the Wasp actress will no longer be starring in the upcoming Marvel Cinematic Universe film for unknown reasons. Hannah John-Kamen’s departure as the Thunderbolts’ Ghost also comes after the actress reportedly left a reboot of Red Sonja, making this another notable franchise she will no longer star in.

Thunderbolts does not yet have a release date but is expected to be in theaters at some point in 2023, but it is now unclear whether it will include Ghost. Hannah John-Kamen has been part of the promotion of the Marvel film and featured in art for the movie, but she certainly could be recast for the part (as Disney has proven itself very willing to do). The character has only appeared in one movie to date, which makes it more likely that Marvel Studios is willing to make the gamble that audiences are not committed to Hannah John-Kamen in the role.

However, it is equally possible that Marvel Studios will simply restructure Thunderbolts to not include Ghost as a character. The movie is based on a Marvel Comics team that is essentially a shifting group of antiheroes and villains who sometimes masquerade as heroes and sometimes actually reform themselves for good deeds, which makes its lineup flexible. If Thunderbolts were simply to not feature Ghost, it is entirely possible it would not actually change the story all that much.

At this moment, little is known about the actual plot of the Thunderbolts movie. The titular team is often considered to be Marvel’s equivalent of DC’s Suicide Squad, featuring morally ambiguous (or outright villainous) characters who find themselves working toward a common goal, so it is likely that the various assembled characters are being grouped together by Valentina Allegra de Fontaine as a dark mirror of the Avenger’s Nick Fury. Alternately, it is possible that Thunderbolt Ross is bringing them together for some unknown purpose (possibly to fight him as the Red Hulk).

At the moment, we can expect not to see Thunderbolts feature Hannah John-Kamen as Ghost. The Netflix star is set to star in The Climate alongside Cara Delevingne and Hero Fiennes Tiffin, as well as the horror film Unwelcome with Douglas Booth and Star Trek’s Colm Meaney. Hopefully, we will find some sign of why Hannah John-Kamen will not be returning to the Marvel Cinematic Universe before Thunderbolts is in theaters. 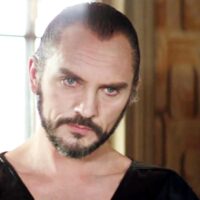 Exclusive: Terence Stamp Returning As General Zod In The Flash