A new unconfirmed Marvel Cinematic Universe poster leaked on Reddit and it has some new looks for some of our favorite characters, along with some potential glimpses of the future of the MCU. The poster was leaked by Reddit user u/Ryantcairns and a wildly new take on Thor’s costume is front and center. He could have an updated appearance in Thor: Love and Thunder.

If this poster ends up being the real deal, this will presumably be Thor’s look in the upcoming Thor: Love and Thunder. It also gives us a look at Natalie Portman’s character, Jane Foster, who is supposed to be taking on the mantle of Mighty Thor in the upcoming movie. In the poster, we can see Thor holding Stormbreaker, the legendary weapon he helped forge to take on Thanos in Avengers: Infinity War and Avengers: Endgame. This means Jane Foster will probably be worthy of handling Mjolnir, giving her the power of the god of thunder.

The Thor: Love and Thunder costume is certainly much different than anything we’ve seen Thor don up to this point. His armor was a bit more subtle in previous movies, but this one looks super futuristic and maybe a little bit gaudy. It seems like royal blue and gold is the primary color scheme, with a glittering gold helmet that has exaggerated golden wings. Jane’s costume is much more low-key by comparison, and more closely resembles some of the other costumes Thor has worn in past movies.

Once you get past that initial shock of the Thor: Love and Thunder armor, there’s lots more to see on the poster. We see more classic versions of Star-Lord, Professor Hulk, Shang-Chi, Iron Man, Captain America, Scarlet Witch, the Wasp, and Spider-Man. Groot is behind Thor and looks like he’s grown even taller since his last appearance. Just off the frame, next to Thor, you can see Kamala Khan aka Ms. Marvel, who will soon have her own Disney+ series in 2022 before appearing in The Marvels movie in 2023.

But perhaps the most intriguing bit in this poster, beyond the Thor: Love and Thunder updates, is the glimpse of the next potential Black Panther. After Chadwick Boseman’s tragic passing, rumors have been flying as to who will step into the suit next. Okoye (Danai Gurira) has been rumored to be the potential replacement, but she has her own spot in the poster. So perhaps Shuri (Letitia Wright) or M’Baku (Winston Duke) will be taking on the mantle after all. We’ll likely have to wait until Wakanda Forever in November 2022 to find out.

We won’t have to wait quite as long to catch Thor’s next big appearance though. Thor: Love and Thunder is slated to release in theatres on July 8, 2022. Taika Waititi returns to direct after directing the acclaimed Thor: Ragnarok. Along with Chris Hemsworth and Natalie Portman, Tessa Thompson is returning as Valkyrie and several members of the Guardians of the Galaxy are supposed to make an appearance. Christian Bale also makes his MCU debut as the fearsome Gorr the God Butcher. If you’re an MCU fan, it looks like 2022 is going to be a pretty good year. 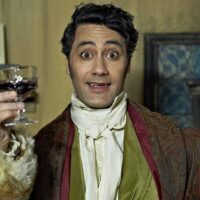 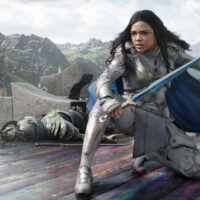