The Wolfman: Universal Has Picked The Perfect Star For Their Reboot

Universal Pictures had a grand plan. Their “grand plan”, which they have aptly called Dark Universe, was to bring back all their classic Universal Monsters who include, Dracula, Frankenstein, The Wolfman, The Invisible Man, The Bride of Frankenstein, and The Invisible Woman. This plan was derailed early on with a couple of box office failures but with the relaunching of the Dark Universe (thank you Invisible Man), Universal looks to get back on track with another recently announced monster movie: The Wolfman.

The thought behind the idea was great. The talent behind the idea sounded even better. Technically, Universal began their Dark Universe with 2014’s Dracula Untold. The movie starred Luke Evans (The Alienist, Beauty & The Beast) as Vlad Drăculea, the Prince of Wallachia who eventually becomes the Count. Unfortunately, it didn’t hit the box office numbers Universal was looking for though that didn’t stop them from moving forward. They had, of course, a stacked deck of big names to bring forth their vision.

Perhaps Universal was overconfident. In their monster stable, they had the likes of Tom Cruise, Angelina Jolie, and Johnny Depp. They also had Russell Crowe, who they were hoping to bridge the movies as Dr. Jekyll. Cruise was on board in The Mummy reboot, which we got, Jolie was to star as The Bride of Frankenstein, and Depp was along for the ride as The Invisible Man. There were even plans for The Wolfman. So, what happened? Well, Tom Cruise and The Mummy are what happened. The big box office failure (actually surprising in its failure) made Universal rethink their plans.

It was going to be a collection of Universal Monster movies that were connected by Crowe’s Jekyll, he being the leader of Prodigium, a secret society (very similar to SHIELD) that would hunt down monsters or supernatural threats. But with The Mummy’s massive critical and box office failure, the plans were scrapped. So to were any future plans for The Wolfman. Until…

Now Universal is making all their monster movies as stand alones, with their first creature feature being the Elizabeth Moss hit, The Invisible Man. The second will be The Wolfman.

There have been announcements from Universal concerning other movies in Dark Universe 2.0, but the biggest was Universal saying they’ve bagged their new Wolfman and it is actor Ryan Gosling.

It was Gosling who pitched his take on the Wolfman, and it fell right into line with what Universal was wanting for 2.0. They are looking for amazing filmmakers to create their own unique versions of the classic movie monsters.

THE PEOPLE MAKING THE NEW WOLFMAN

The plan is for The Wolfman to be the next hit monster movie. With that in mind, Universal reached out to Leigh Whannell, he of the first movie in 2.0 The Invisible Man, to jump on as director. Whannell is also writing the treatment, based on Gosling’s pitch, but the studio has brought on board Lauren Shuker Blum and Rebecca Angelo, writers of Netflix’s Orange Is the New Black, to help flesh out the script.

But that’s not all. The movie studio also convinced Jason Blum and his Blumhouse Productions to be part of the production team. Blumhouse is known for its smart horror films such as The Purge franchise, the Insidious franchise, Split, and Get Out among their long list of hit horror movies.

With these announcements only coming recently and the shut down of Hollywood in effect for the past several months, the when of this movie going in front of the cameras at this time is unknown and thus we don’t know when it’ll be ready to be released. Also unknown are any co-stars that will be joining Gosling.

THE FUTURE OF UNIVERSAL’S MOVIE MONSTERS

What else does Universal have planned besides The Wolfman? A lot. And if you are a classic Universal monster fan, you’re going to want to see Dark Universe 2.0 succeed.

Along with the recent release of The Invisible Man and the upcoming Wolfman, Universal has already announced Dark Army (think of The Avengers with monsters) led by Paul Feig. Renfield, a story about Dracula’s helper. Frankenstein, a movie that will be coming to fans from director James Wan (Aquaman). Elizabeth Banks will be bringing her vision of The Invisible Woman to the movie screen as both the director and star.

As you can see, the size and scope of 2.0 remain large. The names being brought in to lead the way are just as big. Now, let’s see if they can pull it off. 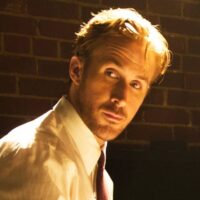 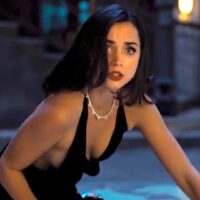