Touted as the new Game of Thrones, Netflix’s The Witcher has been forced to face its fair share of controversies since it debuted on the streamer in 2019. Many of the show’s elements have attracted negative comments from viewers, ranging from the casting choices to the use of live animals while shooting. Lately, the show has been embroiled in a new controversy for killing off a newly introduced character who is a beloved figure in the books the show is based on. But according to the showrunner, the writers of The Witcher Season 2 had a solid reason for deciding to include this shocking death.

The rest of this article will contain spoilers for The Witcher season 2. Recently, showrunner Lauren Hissrich appeared on Netflix’s Unlocked Show and revealed that when they sat down to pen The Witcher Season 2 Episode 2, they were certain that it should include a death. She revealed that the initial plan was to introduce a brand-new Witcher (who is not in the books) and kill him off.

“All of a sudden we were like, ‘Oh, our audience is going to meet Coen and Lambert and Eskel and John. Who’s going to die? John is going to die’,” she shared. But when they “thought about it really hard,” they realized that The Witcher needed a death that would be a personal loss to Geralt and will make him realize that even Kaer Morhen isn’t safe. It would propel him to solve the mystery surrounding Ciri while ensuring that she gets the necessary training to survive whatever danger comes her way. And the answer was Eskel, one of Geralt’s best friends and brother-in-arms.

“I know there are fans that love Eskel and feel like ‘Why would we do that?’ but, honestly, his death is what changes everything for Geralt. I think it propels Geralt’s need to figure out what’s going on with Ciri, and to do it fast, because he knows he’s going to risk losing her and his brothers if he doesn’t,” Hissrich added.

In the second episode of The Witcher Season 2, we saw Geralt of Rivia (Henry Cavill) returning to Kaer Morhen with Ciri (Freya Allan), heartbroken over Yennefer’s (Anya Chalotra) “death” in the Battle of Soden. While Geralt is hoping to find solace and a sense of safety within the walls of the witchers’ home, his peace is short-lived as one of his brothers, Eskel (Basil Eidenbenz) arrives carrying the severed hand of a leshy and claims that he killed the monster. Soon everyone is busy partying and before Geralt can do more than frown at the antics of his brothers, everyone’s medallions start vibrating, indicating that a monster is nearby.

It is soon discovered that Eskel was infected by the leshy and horrifyingly converted into one. He confesses that he came to Kaer Morhen seeking help. But he is unable to keep the monster under control and attacks Vesemir, which forces Geralt to kill him. Eskel is regarded as a beloved character both by fans of the books and the games based on them. While Eskel’s brief introduction in The Witcher Season 2 is soon followed by his gory death, in the books, the Witcher played a significant role by training Ciri and ensuring she is battle-ready.

But The Witcher, which has often been lauded for faithfully adapting the books, has completely turned Eskel’s story on its head in Season 2. Fans have been criticizing how the character has been portrayed in the show, beyond just his sudden death. He is rude to Ciri from the moment he lays eyes on her, which is not a correct representation of the Eskel from the books. Moreover, Eskel barely utters a few lines in Season 2. The Witcher introduces the character only to stage his shocking death, which many fans believe could have been substituted with a made-up witcher’s demise. 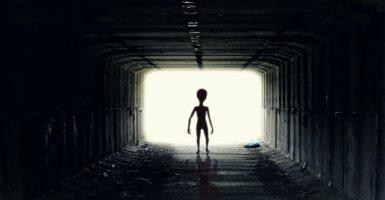