The Venture Brothers Cancelled By Adult Swim, Help Us Save It

The Venture Brothers will go down in history as one of the great cult cartoon shows. While it started as a direct parody of properties like Jonny Quest and superheroes, the show has evolved over its nearly two-decade run and stands as its own incredibly vast universe of characters. It has also managed to provide excellent commentary on modern pop culture, male nerd obsessions, and grander ideas like family.

Unfortunately, The Venture Brothers has come to an end. Co-creator Jackson Publick tweeted that the staff had been informed of the cancellation a few months ago. It is now been made official. This is a devastating blow since the series has been consistently great, and work had already been underway on the show’s eighth season.

However, there does seem to be a small sliver of hope for The Venture Brothers. Adult Swim also tweeted their support of the show and said, “We also want more Venture Bros. and have been working with Jackson and Doc to find another way to continue the Venture Bros. story.”

What exactly could this mean? There are some sources that say The Venture Brothers might migrate over to HBO Max. This isn’t totally impossible. Similar moves have happened with some of the DC Universe shows like Harley Quinn and Doom Patrol. HBO Max is in the market for more exclusive shows that could drive subscribers. If the fanbase for The Venture Brothers is vocal and sizable enough, it is a possibility that it could find new life on the streaming service. However, this particular movie is said to be “far from a reality.”

To make the move to HBO Max happen is probably going to take some support from fans. Click here to tell HBO you want them to pick up Venture Brothers!

But, the particular wording of the Adult Swim statement also brings in the theory that The Venture Brothers might not continue as a television series. It is possible that a comic book series might be the arena where the show is allowed to play itself out. We have seen the same tactic used with some of Joss Whedon’s shows like Buffy the Vampire Slayer and Firefly. If production costs for the show are too high, a comic book series might be the only avenue for the show to survive. And Adult Swim has found significant success with their Rick and Morty line of comics. This route is not out of the realm of possibility.

Are there other venues The Venture Brothers could explore? If HBO Max is off the table, would the series become a web-based exclusive? Or could a feature film get cobbled together as a final farewell to the series? Any of these options are on the table but nobody knows exactly what the future might hold for this unique and hilarious animated series.

Regardless, The Venture Brothers should be given the chance to close its story out in some way. The series has a number of big plotlines that it still has to confront and fans should receive a proper goodbye to this universe they have spent almost twenty years in. Hopefully, a strong fan response will help get the show to a new home and the adventures can continue. 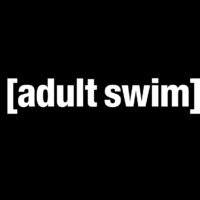