The Simpsons has made changes recently to some of its casting for certain characters. This came in response to a few of the voice actors’ feelings about the situation and some public outcry as well. But one person who didn’t have any issue with the casting was series creator Matt Groening. He says that while the show was happy to make the change, on his end he didn’t see the situation as problematic.

Matt Groening was recently interviewed by the BBC about The Simpsons and some of the changes they’ve made in this, their 32nd season. When talking about the recent recasting of some characters on the show to better reflect the actual on-screen ethnicities, Groening said, “I actually didn’t have a problem with the way we were doing it. All of our actors play dozens of characters each, it was never designed to exclude anyone.”

This quote by Groening is in reference to a few of the changes The Simpsons made this season. The first was in recasting the voice for convenience store clerk and series mainstay Apu. Hank Azaria had been the long-time voice of the character but last summer said he would no longer be taking the role, finding it problematic. This was somewhat in response to the documentary The Problem with Apu, a 2017 documentary that deals with stereotypes and slurs related to the Indian character. Azaria’s and the show’s response was to step away from the character. At present, it hadn’t be recast.

And more recently, The Simpsons recast Dr. Hibbert. Harry Shearer, who is white, had voiced the character, a black man. In last week’s episode, Shearer played the character for the last time. Moving forward, Hibbert will be voiced by Kevin Michael Richardson. There’s another character, Lenny who Shearer voices which will find a new actor as well.

Where Groening’s point about The Simpsons’ casting is honest and interesting is how he mentions that actors on the show voice a ton of different characters. The operating procedure for the show, forever, was to have as many characters played by as few people as possible. The talents of these guys meant they could handle tons of different characters without the production having to worry necessarily if the fit was “right” based on background.

For instance, on The Simpsons, Hank Azaria has voiced more than 30 characters including Moe, Chief Wiggum, Superintendent Chalmers, Dr. Nick Riviera, and many more. Meanwhile, Shearer was responsible for about the same with such mainstays Mr. Burns, Waylon Smithers, Ned Flanders, Principal Skinner, and of course, until recently Dr. Hibbert.

It will be interesting to see if there is The Simpsons backlash to these most recent comments by Matt Groening. On the one hand, they are an honest assessment of what he saw as the primary goals for casting characters. Namely, a voice that fits the on-screen persona and as much overlap as possible with current staff members. For as much as the show has done over the years, really only six people have voiced almost every character. But with the current climate, there’s some chance these comments are met with derision and accused of being tone-deaf. It will be interesting to see how it all plays out. 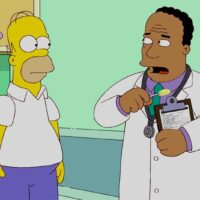 The Simpsons Reveals Recasting For Doctor Hibbert, White Voice Actors Are Out 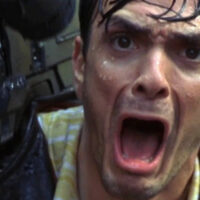 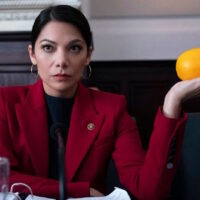 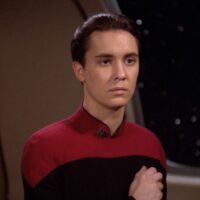