It looks like before Netflix got its hands on The Sandman, there was a famous pop star who wanted to play the lead role

Long before Netflix turned The Sandman into a chart-topping success, Warner Bros wanted to create a film from Neil Gaiman’s story. Efforts to adapt the comic book into a major motion picture began in 1991, with several unnamed stars interested in signing onto the project. Now, during an appearance on Josh Horowitz’s Happy Sad Confused podcast, the author revealed that Michael Jackson was one of them. In 1996, the King of Pop called the studio’s then-president and asked if he could star as Morpheus.

“By 1996, I was being taken to Warner [Bros] where the then-president sat me down and told me that Michael Jackson had phoned him the day before and asked him if he could star as Morpheus in The Sandman,” Gaiman told podcast listeners. Surprised by the musician’s interest, the British writer explained how he realized the story was valuable. “There was a lot of interest in this,” he continued. “And they knew that it was one of the Crown Jewels, and what did I think? And I was like, ‘Ooh.’”

Although Gaiman didn’t share his thoughts about how Michael Jackson would’ve portrayed Morpheus, he did admit to being naive about the casting process. He initially assumed the process would be simple, but ended up seeing 1500 auditions for the role over the years. The author has also been very protective of The Sandman and recently told Rolling Stone how he sabotaged a previous adaptation by leaking a “really stupid” script penned by Man of Steel producer Jon Peters in 1998.

Realistically, Michael Jackson was probably an unlikely candidate for The Sandman adaptation. Even if there was a project approved by Gaiman, the legendary singer only had two movie credits. These included minor roles as Scarecrow in 1978’s The Wiz and a brief cameo as Agent M in 2002’s Men in Black II. He also appeared in various short films such as 1986’s Captain EO, Moonwalker in 1988, and Michael Jackson’s Ghosts in 1997. There was also the ill-fated Miss Cast Away and the Island Girls which was due to be released in theaters in 2004. But the star’s legal problems made distributors wary of releasing it.

After a few quiet screenings, the Michael Jackson film went straight to DVD in the United States in 2005. The troubled pop star would have celebrated his 64th birthday this month. But instead, the day was marked by his children who posted tributes to their father on social media. The singer died aged 50 at his Los Angeles home after a massive overdose of hospital tranquilizer Propofol in 2009. He is survived by his siblings, and three children – Prince, Paris, and Blanket (who at age 20 goes by “Bigi”).

Meanwhile, Netflix recently released the first season of their live-action adaptation of The Sandman. Developed by Neil Gaiman, David S. Goyer, and Allan Heinberg, the story follows Morpheus – the personification of dreams and one of The Seven Endless – who is captured in a 1916 occult ritual. After being held hostage for 106 years, Dream escapes and sets out to restore The Dreaming realm. The show stars Tom Sturridge as Morpheus, alongside Boyd Holbrook, Vivienne Acheampong, and Patton Oswalt in supporting roles. Michael Jackson would probably have loved the series. 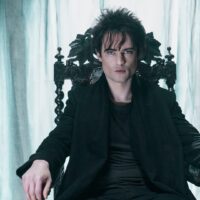 Netflix Accidentally Just Leaked The Fate Of The Sandman 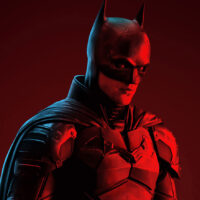 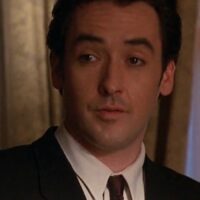