The Phantom had a lot going for it. It was a handsome production, there was a strong marketing push, and it was positioned as a perfect summer superhero movie. Unfortunately, none of those helped it from tanking at the #6 spot during its opening weekend.

Why did The Phantom fail to catch on with audiences? And almost twenty-five years later, is it time to reassess this swashbuckling adventure?

Let’s slam some evil as we look back at The Phantom, a movie that’s much more fun than its reputation would lead you to believe.

Why The Phantom Deserved Better

Before we dive into The Phantom, we need to contextualize this unique piece of comic book history. Originally appearing in a 1936 newspaper strip by Lee Falk, the Phantom was a pulp superhero from the golden age of pulp superheroes. Predating Batman by three years, the Phantom had a trusty manservant, a secret cave as a hideout, and used the cowardly and superstitious feelings of criminals against them by purporting to be an actual ghost. Yes, the Phantom was a clear inspiration for Batman.

So, it seems obvious that the massive success of Tim Burton’s Batman in 1989 would also spur interest in this predecessor. Eventually coming to fruition in 1996, The Phantom was one of many pulpy action heroes that got feature films in the wake of Batman.

What makes The Phantom such a delightful experience is how earnest an adaptation it is. Set in 1938, director Simon Wincer and screenwriter Jeffrey Boam treat the material as if it’s going to be produced in 1938. Much like Raiders of the Lost Ark, there isn’t a hint of irony or self-satire in this movie’s bones. From the Phantom’s accurate costume design to the period-appropriate performances, it wants to be the truest adaptation of the character and his world it can be.

That means that the cast is playing things in a warm but admittedly antiquated way. That’s easy to read as cheesy but it’s crucial to the film working. Every performer is on the movie’s classically comic book wavelength. This keeps the tone light, fun, and breezy. Yes, this isn’t a movie with heavy thematic resonance or super complex characters. And that’s okay. Its goals are simple and it meets them at every turn.

Don’t take this to mean that there aren’t good performances in The Phantom. The cast is stacked with notable stars and excellent character actors. Billy Zane plays the Phantom a.k.a. Kit Walker like Clark Gable or Errol Flynn would. There are perfect supporting turns from Catherine Zeta-Jones and James Remar as two of the minor villains. Kristy Swanson plays the no-nonsense romantic lead, Diana Palmer, with old school assurance. The always awesome Cary-Hiroyuki Tagawa shows up late in the film as an evil pirate and it’s a treat. It’s also nice to see veteran actor Patrick McGoohan show up as the spirit of Kit’s father, the previous Phantom.

If there’s one cast member who threatens to steal the show, it’s Treat Williams as the antagonist, Xander Drax. Williams relishes every moment he gets to be a scenery-chewing baddie. You can practically see his teeth marks in the set. It’s the kind of unhinged, delectable bad guy that we just don’t see enough of anymore in these kinds of movies.

Maybe the most admirable trait of The Phantom is its production design and tactile nature. As I said, this comes across like a 1938 movie that was made in 1996. The sets, stunts, costumes, and filmmaking approach all reinforce that this is a movie that knows it’s a movie. Realism is not what this is striving for. By realizing that, the film is allowed to look stagey and not try to go overboard with modern effects. Instead, it can be as pulpy and cartoonish as it desires in every way.

That might be one of the reasons it flopped.

Why This Pulp Adventure Failed

One of the most important takeaways from this ongoing column is that the failure of a movie is rarely the fault of the movie’s perceived quality. It’s always a multitude of factors that contribute to a movie’s initial failure.

With The Phantom, it’s likely to do with a shift in what audiences were enjoying in regards to action cinema. Michael Bay’s The Rock opened the same weekend and claimed the #1 spot. Mission: Impossible and Twister were at #2 and #3 and they were on their third and fifth week of release, respectively. Audiences were seeing that action films were becoming even bigger spectacles thanks to advances in special effects. The Phantom just looked too old-fashioned compared to everything else at the theater.

There’s also the matter of these pulp adventures never really clicking with modern audiences. The Rocketeer, The Shadow, and Dick Tracy (all which have their merits) had underperformed. Moviegoers didn’t seem to be attracted to these characters and their period (or period-inspired) takes.

A facet of that same issue is recognition. The Phantom didn’t have the same level of cultural saturation or widespread nostalgia as a character like Batman. Truth be told, the feature film was the first knowledge I ever had of the character. It’s likely that a lot of these superhero characters needed some baked-in familiarity with audiences in order for them to show up.

It’s a bummer that The Phantom didn’t hit it big at the box office. Luminary film critic Roger Ebert awarded it three-and-a-half stars in his review and called it “one of the best-looking movies in a long time.” If you’re looking for a movie that captures the foundational spirit of comic book adventure, The Phantom is for you. Expertly crafted in its simplicity, it’s not a movie that deserves to be overlooked or underappreciated. 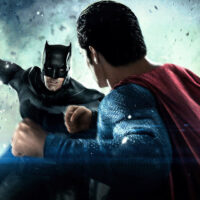