By Liana Keane | 4 weeks ago

Recently rumors have been swirling that The Orville may be cancelled, and we’ve exclusively uncovered the reason why: Seth MacFarlane just doesn’t want to make it anymore.

Contrary to what some outlets have reported, that Hulu doesn’t want more of the show past season 3, the truth according to our source is that Hulu would love to have more of the show but they can’t convince Seth MacFarlane to sign another deal.

In the email sent to us by our source they explain, “Seth keeps telling them he’s ready to move on to other things and he thinks he’s done enough. He’s been pitching the idea of killing off his character and handing the show over to someone else to run but Hulu does not want more of The Orville if Seth MacFarlane isn’t a part of it.”

Earlier this week when MacFarlane was asked in an Instagram Live if The Orville was being cancelled, he was evasive. The non-answer he gave was, “There has been a lot of speculation online: Will the show come back? The show is still a huge priority for me and for the cast and everyone else. We do have a season to finish, and we are going to finish it.” Those aren’t exactly the words of a man who sees himself doing a lot more of his show. Instead it sounds like someone who’s trying to wrap things up so he can move on.

Meanwhile, Seth MacFarlane is already busy signing up to work on other projects which are not The Orville.  He’s working on the series Skywatch for the new Peacock streaming service. Skywatch is set in a future world where delivery drones are ubiquitous and also turning evil and attacking people.

Seth is also working on a limited series called The Winds of War for NBC.  It’s an adaptation of a book by Herman Wouk. It’s a deadly serious, fictional telling of World War II.

Actually both of those future projects Seth is working on are deadly serious, without a trace of comedy, humor, or lightness to them. That’s a sure hint to where MacFarlane’s at, it seems he’s trying to leave comedy behind him. Even though The Orville has become more serious as it goes on, the show will always be lighter in tone than what it seems Seth MacFarlane is currently interested in.

Being the creator and executive producer of The Orville has helped give MacFarlane a launching pad into the world of live-action TV where he’s now in-demand and networks are offering him lucrative deals. If he stays with The Orville he’ll miss his window to do even bigger projects elsewhere. Given that, getting MacFarlane to focus on The Orville season 3 is hard enough. Convincing him to return for The Orville season 4 may be nearly impossible, no matter how much Hulu wants it.

The Orville Season 3: Seth MacFarlane Is Working On This Other Sci-Fi Show Instead 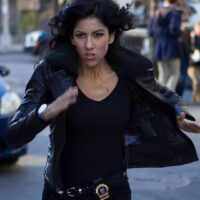 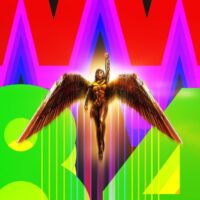