See The Munsters Trailer Do The Series Right

By James Brizuela | 24 hours ago

Rob Zombie has been steadily revealing updates on his reboot of The Munsters on his Instagram page. The same can be said for his wife, Sheri Moon Zombie, who portrays Lily Munster. After a ton of behind-the-scenes reveals of the characters, and the infamous house in which everyone’s favorite monster family resides, Rob has revealed the teaser trailer for the new film on his Instagram. The accompanying YouTube version of the trailer has also been released. From the first look, the film seems to be every fan’s wish, as it looks to be as accurate to the show as possible. The first look video shows off a riff on the original show’s intro. You can see the new teaser trailer below:

The Munsters teaser trailer is fantastic. We get shots of Jeff Daniel Phillips as Herman Munster, Sheri Moon Zombie as Lily Munster, and Daniel Roebuck as Grandpa Munster. Herman hilariously wrecks the front door of the house, while Lily daintily follows behind. Grandpa brings with him a shovel that gets stuck on trying to exit the house. The riff on the original intro is hilarious, especially considering it’s also in black and white. However, the end of the trailer is what we all came here for. The three sit on the couch in full color, as Grandpa asks, “Well, now what?”

Rob Zombie is known for his gory and violent horror films. Sheri Moon Zombie, Jeff Daniel Phillips, and Daniel Roebuck have all been in those films. All three were featured in Rob’s last film, 3 From Hell. The musician-turned-director has garnered a huge cult following based on the films that he has already released, and this accurate reboot of The Munsters is sure to bring in even more fans, though we hope the PG rating of this film doesn’t warrant people checking out his other entries. Honestly, Rob making a PG film sounds too good to be true.

The Munsters is set to bring in even more horror icons as, Cassandra Peterson aka Elvira, has been cast in the film. Pat Priest is also going to be in the new film, which fans will remember her from the original series as the “normal” person in the family, Marilyn Munster. Her role has not been revealed, and we can presume that she is not going to be some much older version of Marilyn. Even Peterson is taking on a new role that has nothing to do with her macabre counterpart. This new film might also contain surprises that harken back to the original series.

Rob Zombie has revealed the teaser trailer for The Munsters, on top of all the wonderful updates he has been giving us for months. However, there is no concrete release date yet. The teaser also indicates that the film will be coming out sometime in 2022, which we can assume is going to be near Halloween. For now, everyone can head to the musician’s Instagram to catch up on all the updates that have been provided so far. We can’t wait to see this spooky family back in action. 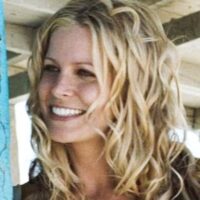