The Mandalorian Season 3 was given a February release date, but that is not all the great news that came from Star Wars Celebration this weekend. It appears as if a huge fan-favorite character is going to be joining Mando and Grogu in the third season of the series. Who is that character? None other than Babu Frik from Star Wars: Rise of Skywalker. The spice-running mechanical genius was only in the film for a few brief moments but stole the show every time he was on screen. It’s interesting that he is going to appear in The Mandalorian, but it is very welcome.

Babu Frik holds a workshop among the spice runners of the Kijimi. He possesses the unique ability to bypass every droid’s memory bank, despite their security measures. Although the resistance fighters in Rise of Skywalker found a Sith dagger and C-3PO could read it, his security measures prevented him from being able to state the translation. So, Babu Frik bypassed those security measures, although it cost C-3PO his memory. Thankfully, his memory was revived by a backup that R2-D2 had. What Babu Frik will be doing in The Mandalorian Season 3 is certainly going to be a mystery. This is around 25 years before he got connected with the spider runners, so we are going to possibly be seeing a Babu Frik that hasn’t quite made his way to Kijimi.

The Mandalorian Season 3 promises a lot of excitement and could be connected to Ahsoka in a much grander way. That series also announced a ton of live-action debuts that include Ezra Bridger, Chopper, and Sabine Wren. Babu Frik was first introduced in the final film of the Skywalker Saga, but now he gets connected to the older continuity of the other properties. Mando doesn’t trust and or like droids, but the reformed IG-88 made an impact after he saved Mando’s life. This is just speculation, but we could be seeing Babu Frik bring this nurse droid back to life once again. That would certainly be a welcomed surprise for all fans. Especially considering Taiki Waititi voices the droid.

The Mandalorian Season 3 will bring back the likes of Bo-Katan and many more. The idea is that we will finally be seeing the planet of Mandalore. Din Djarin now owns the Dark Saber, and as such, that means he is sort of the psuedo leader of the Mandalorians. Bo-Katan wanted to take the saber from him but can only win it in a battle. We might be seeing this battle take place in some fashion in the third season. Babu Frik could even be employed by the Mandalorians.

Grogu, Mando, Bo-Katan, and Babu Frik are all confirmed for The Mandalorian Season 3. Based on the huge cameos that we saw for season two, there could be even more big characters returning. If Luke can show up, then pretty much anyone can. Babu Frik showing up is certainly a good start. Fans at Star Wars Celebration got a first look at what The Mandalorian has in store, and we can’t wait to see the new season unfold next year. 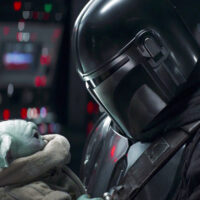 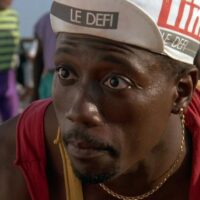 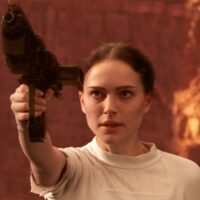 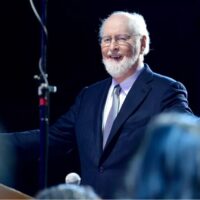