The Lost Boys are making a comeback! Warner Bros. is developing a new version of the 1987 vampire movie of the same name, with two of the youngest stars in horror. Noah Jupe, one of the stars of the A Quiet Place series, and It lead Jaeden Martell have been cast in the upcoming Lost Boys reboot.

According to The Hollywood Reporter, Jonathan Entwistle is set to direct the upcoming feature from a script by Randy McKinnon. Brian Kavanaugh-Jones and Fred Berger will produce The Lost Boys reboot via their Automatik banner, which was behind the acclaimed indie Honey Boy (also starring Jupe) and also has sci-fi thriller Distant, from Amblin and Universal and starring Anthony Ramos, in the pipeline.

Released in 1987, The Lost Boys was billed as a supernatural horror vampire film directed by Joel Schumacher, produced by Harvey Bernhard with a screenplay written by Jeffrey Boam. The story followed the adventures of two brothers who, after moving to California, find themselves facing off against a gang of vampires.

The 1987 Lost Boys was and was a critical and commercial success, grossing over $32 million against a production budget of $8.5 million. The film received a direct-to-DVD sequel, Lost Boys: The Tribe, in 2008 and a third film, Lost Boys: The Thirst, in 2010. And two years ago, a television series based on the film was also in the works, but various issues caused The CW Network to pass on the project. Instead, Warner Bros. will now focus on bringing a new adventure to audiences with The Lost Boys reboot.

Details about The Lost Boys reboot are being kept in the trunk of a ’57 Ford Fairlane, The Hollywood Reporter explains, but it is described as being set in the modern-day. Zac Frognowski and Josh Glick will executive produce the new feature.

Although the actors who’ve been cast in The Lost Boys reboot are young, they have an impressive list of credits to their names. Noah Jupe is coming off of A Quiet Place Part II, which earned an impressive $300 million worldwide. He also appeared in this summer’s Steven Soderbergh HBO Max thriller, No Sudden Move, with Don Cheadle, Benicio Del Toro, and David Harbour.

Jaeden Martell, appeared in the massive two-part film It, co-starred with Chris Evans in Apple miniseries Defending Jacob and appeared in Knives Out. He is also set to star in the musical drama Metal Lords for Netflix.

The Lost Boys reboot writing lead also has some major credits. Randy McKinnon was a staff writer on Netflix horror series Chambers, starring Uma Thurman, and is adapting Kwame Onwuachi’s memoir, Notes From a Young Black Chef, for A24 with LaKeith Stanfield attached to star. 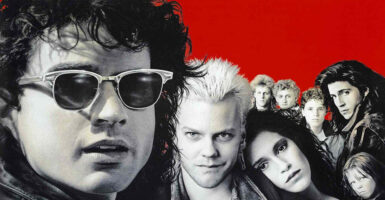 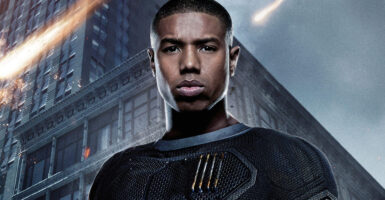 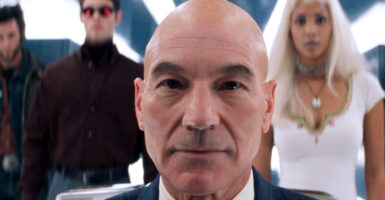 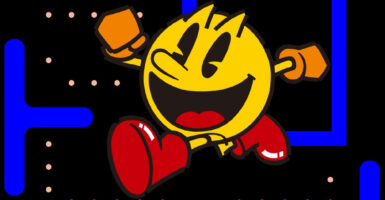