The Godfather Returns To Movie Theaters, See The New Trailer

By Sophia Chartrand | 4 months ago

Written and directed by Mario Puzo, The Godfather is a bestseller, a box office hit, and one of the most influential movies of all time. With a star-filled cast including Marlon Brando and Al Pacino, viewers and critics are going crazy over this timeless classic. Now, the milestone mobster movie’s influence still endures today, as its 50th-anniversary theatrical re-release is going to be one to remember.

The new trailer for the limited 50th-anniversary film was just released last week, as Paramount Pictures announced that the movie will be released exclusively in Dolby Cinema at AMC Theatres in the U.S. and international territories around the world. For the film world, this is huge news, as The Godfather is one of the most influential movies of all time. Throughout the trailer, viewers are able to witness some of the film’s most memorable lines and scenes in film history. In connection with the release of The Godfather: Part II and Coda: The Death of Michael Corleone, the two sequels will be restored in 4K Ultra HD and 4K Ultra HD Blu-ray for the very first time.

For those who may not be familiar with the intense storyline, The Godfather spotlights the life of a mobster family living in the 20th century. With Marlon Brando as the patriarch of the Corleone family and in an Oscar-winning performance, the first film in the three-movie saga paints the drama of the Sicilian family’s rise and near fall from power in America. Featuring memorable performances by Al Pacino, James Caan, Talia Shire, Diane Keaton, and Robert Duvall, it balances the value of family and the ugliness of the crime business in which they are involved. Due to its phenomenal storyline, this stunning masterpiece was nominated for ten Academy Award nominations and won three of them, one of them including Best Picture.

Robert Harris, the illustrious film historian, and preservationist who completed the last restoration in 2007, has strived to create the best possible presentation for today’s audiences. His blueprint was used to guide The Godfather team in ensuring that every frame was evaluated to ensure the best quality presentation while remaining true to the original look and feel of the classic movies.

In a press release, director Francis Ford Coppola claims that The Godfather has defined the first third of his creative life. “With this 50th-anniversary tribute, I’m especially proud Mario Puzo’s The Godfather, Coda: The Death of Michael Corleone is included, as it captures Mario and my original vision in definitively concluding our epic trilogy. It’s also gratifying to celebrate this milestone with Paramount alongside the wonderful fans who’ve loved it for decades, younger generations who still find it relevant today, and those who will discover it for the first time.”

Right now, The Godfather holds a standing 97-percent rating on Rotten Tomatoes, as they describe the enticing film as one of Hollywood’s greatest critical and commercial successes. The film has also received recent marvelous reviews from numerous top-rated publications including the London Evening Standard, New York Daily News, and the Miami Herald. As the total number of critic reviews spans back to the film’s original release, they all share something in common and that is the love of classic and unforgettable mobster movies.

Audiences who want to check out the restored edition of The Godfather can do so at AMC theaters on February 25, 2022. For home release, the Blu-Rays will be available one month later on March 22, 2022. 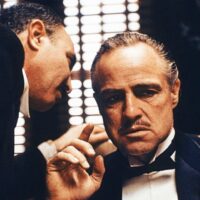 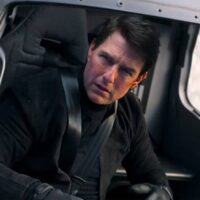