The Flash director Andrés Muschietti says the movie will introduce a completely new version of the Justice League.

The Justice League everyone is familiar with from the DC Universe is being reinvented as the studio makes significant changes to its superhero lineup. The upcoming movie The Flash will introduce the DC Multiverse, ushering in a completely new version of the Justice League that will be missing some very prominent names. The Direct shared comments from director Andrés Muschietti about what this new coalition of heroes will look like.

In the interview, the director named a few of the heroes that will be gathering alongside The Flash, including Gal Gadot’s Wonder Woman, Sasha Calle’s Supergirl, and the much-anticipated return of Michael Keaton’s Batman, albeit as a retiree from the active crime-fighting life. There are two versions of The Flash in this new Justice League, although this other Flash is a “Dark Flash,” making him an antagonist in the movie.

This combination of heroes is not as potent as the original Justice League, which included Superman, Cyborg, and Aquaman rather than, as Bruce Wayne reportedly quips in the upcoming movie, “a retired vigilante, a half-solar-powered alien, and two idiots.” Stories about The Flash frequently feature the Multiverse, which is a collection of parallel universes that the speedster is fast enough to get to, thanks to his superpowers.

The consequence of the Multiverse is that there are several versions of Earth in which events happen differently, which means there are also multiple versions of everyone, including major figures in the DC Universe, whose lives may have turned out very differently in the other dimension. This means that in his adventures, The Flash may have encountered several different Batmans, Wonder Womans, and even himself, and it seems that the movie will be introducing a new Justice League of superheroes from alternate Earths.

Another returning character is Michael Shannon’s General Zod, who is also a “solar-powered alien,” raising the stakes for the motley group that will be rallying around Barry Allen. Between General Zod and the evil Flash, the new Justice League will have their hands full, and it has been hinted that they may not have the capability of defeating these foes. General Zod knows all of Supergirl’s weaknesses, and the Dark Flash, mistaken as a hero, will have intimate knowledge of the workings of the new group.

The DC Universe has undergone a massive overhaul at the hands of new CEOs James Gunn and Peter Safran, leading to the cancellation of several projects and removing several stars from their roles. Dwayne Johnson recently unfollowed all things DC after it was announced that Black Adam will not be continuing, as well as because of the removal of Henry Cavill as Superman, which the Samoan superstar spoke out against. Further, The Flash star Ezra Miller has been embroiled in some controversy of his own, so a storyline that involves a new Justice League may have to account for a world without the established Barry Allen.

Fans can see The Flash and the new Justice League when the movie is released in theaters on June 16, 2023. Will they prevail over their foes, or will they be too dysfunctional as a group, especially with a mole in their midst? 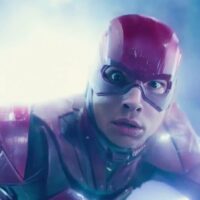