The Conjuring 3 is going to have a very interesting role to play in the greater scheme of the Conjuring universe. Although it is a follow-up to The Conjuring 2, released back in 2016, it is also the eighth installment in the overarching Conjuring cinematic universe. What exactly will this newest entry bring to the successful supernatural series?

Here is everything we currently know about The Conjuring 3.

The Final Trailer For The Conjuring 3

This movie is promising to be as frightening as its predecessors, if not more so. Watch the final trailer before the movie releases below.

The First Trailer For The Conjuring 3

Warner Bros. released the first trailer for The Conjuring 3 (watch above) and it certainly feels like a new entry in the successful horror franchise. Director Michael Chaves is taking over for James Wan and looks to be following in the stylistic footsteps that Wan set for the series. There seems to be a bit of a detective story in this new entry as the haunting is revealed to be a curse that has been set upon the family in the movie. That alone makes for an intriguing new twist to the formula of these movies. If you’ve been hoping for a new Conjuring that carries on the tradition of the other films in the universe, this looks to be delivering on that promise.

At the MTV Movie Awards, a new one-minute clip was revealed. See the intense new scene below.

The first official look at The Conjuring 3 was revealed at Comic Con Experience in Sao Paolo, Brazil on December 8, 2019. Warner Bros. revealed the film’s official logo and title, The Conjuring: The Devil Made Me Do It. Here is the official teaser poster:

A short teaser was shown at Comic Con Experience but it has yet to be released online. A “first look” behind-the-scenes interview has been posted, discussing the movie. According to one observer, here is what you can expect from The Conjuring 3 trailer:

“The Warrens are in a morgue and lift the sheet off a dead body which is freshly decomposing. Lorraine touches the dead body’s hand to see if she could get a reading — but she can’t.

Scares begin to bubble up when the lights mysteriously shut off. Ed turns the lights back on and Lorraine is in a daze over the body. We see a dark figure standing behind Ed and it turns out to be the decomposed body which begins moving in an ever so creepy way — and then it cuts to the black before you can fit in a jump scare.”

Who Is Returning for This Conjuring Sequel?

When Can You Watch The Conjuring 3?

The Conjuring 3 was originally slated to release on September 11, 2020. Sadly, fans of the popular horror franchise will have to wait even longer to see this film. Due to the coronavirus pandemic, The Conjuring: The Devil Made Me Do It will now be released in theaters and on HBO Max for streaming on June 4, 2021.

What Is the Plot of The Conjuring: The Devil Made Me Do It?

Like the other Conjuring movies, The Conjuring 3 will be based on an actual supernatural case that Ed and Lorraine Warren investigated. The case that will be the basis for The Conjuring: The Devil Made Me Do It is known as the Arne Cheyenne Johnson case. The trial of Arne Cheyenne Johnson is a unique one in American history as it is the first time a defendant claimed innocence because of demonic possession. The famous line, “the devil made me do it,” actually comes from this case.

The events for The Conjuring 3 actually began with young David Glatzel. The boy began seeing a menacing old man that threatened David and his family. This old man eventually became a demonic beast that began to target David. The young boy began experiencing night terrors and woke up with unexplained bruises and scratches on his body.

After calling in the Warrens, David was subjected to a number of exorcisms before Arne Johnson, the fiance to David’s sister, Debbie, allowed the demonic entity inside of David to possess him instead. Several months later, Johnson murdered his landlord by repeatedly stabbing him with a pocket knife. At his trial for the murder, Johnson claimed that he was innocent because the demon inside him had committed the murder.

Exactly how these events will unfold in The Conjuring 3 remains to be seen – they were actually turned into a TV movie in 1983 with Kevin Bacon and Andy Griffith – but the series has done a lot with the stories that inspire the films. If this newest entry can be as good as The Conjuring and some of its sequels, horror fans are in for a real treat. 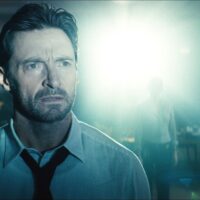