Amazon released another The Boys parody, this time reimagining the bloody, vulgar show as a clean 90s sitcom.

By Danyell Marshall | Published 4 weeks ago

Amazon’s Prime Video Twitter account shared a campy, nostalgic 90s sitcom intro featuring the stars of its violent superhero show, The Boys. The promo spot opens with Anthony Starr as Homelander before panning to the Gold Galore pawn shop where the anti-heroes have made their unofficial basement lair. A montage of the remaining cast members begins.

The cheesy laugh tracks and predictably sunny plots of a 90s sitcom are a drastic contrast to the dark, cynical, and violent world of The Boys. In the series, superpowered individuals, referred to as Supes, work for a powerful corporation that monetizes their personas and the public adores this cast of larger-than-life characters, but dark secrets hide behind their public faces. When they aren’t kissing babies and stopping disasters, Supes are selfish, evil, corrupt, and twisted.

Fans found the bit funny but noticed something wasn’t quite right with the anachronistic joke. The caption makes it clear the bit was meant to resemble 90s programming. Twitter replies to the promotion point out that the grainy video and the busy audio track looked older than the 1990s, prompting comments that the editors must not have lived in the period.

In the tongue-in-cheek promo, the characters and actors are introduced over lighthearted clips, not the usual gore and profanity fans of The Boys have come to expect. Karl Urban’s Billy Butcher is presented first, followed by Jack Quaid as Hughie, Laz Alonso as Mother’s Milk, Tomer Capone as Frenchie, Karen Fukuhara as Kimiko, Antony Starr as Homelander, and Erin Moriarty as Starlight.

The Boys is about as different from the good, clean fun of a 1990s family-friendly sitcom as it gets. However, fans love the provocative, edgy show, and season four promises to push the envelope further. VFX supervisor Stephen Fleet has made a few references to the upcoming season, showing fans more than they may want to see.

In the upcoming season, another Supernatural alum joins the cast of The Boys. Jeffery Dean Morgan will join former co-star Jensen Ackles in forthcoming episodes. No release date has been announced for the next installment of the series though the first three seasons are currently streaming on Prime video, along with an animated spin-off.

The Boys Presents: Diabolical is a series of animated short films in The Boys universe. Creatives like Seth Rogen, Awkwafina, Andy Samberg, Aisha Tyler, Justin Roiland, and more contributed to the project. Each episode sinks deep into The Boys’ universe.

Despite the corny promotional spot, fans probably won’t have to worry about the self-centered, conniving characters in The Boys settling down to start a family a la Step by Step or Full House. Instead, the blood-soaked, vulgarity-laden, gritty nature of The Boys is the appeal. But it is fun to see the usually misbehaved cast in a series of non-violent, even charming moments. The 60-second clip may represent all appropriate scenes from the first three seasons combined. 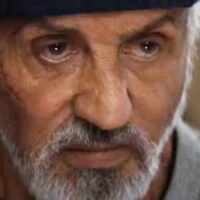