The Amazing World Of Gumball Is Getting A Movie

The Amazing World of Gumball is about to get a little more amazing. If you’re a fan of the blue cat, and his adopted goldfish brother then this news is going to get you excited. Insider Daniel Richtman, whose advance reports on various Hollywood developments, trailer drops, etc. have proven accurate on multiple occasions, brought word that The Amazing World of Gumball is getting a movie. WarnerMedia confirmed the news on February 17, 2021.

Created by French-British animator Ben Bocquelet, The Amazing World of Gumball premiered on Cartoon Network in May 2011 and ended in June 2019. The show centers around a 12-year-old cat named Gumball Watterson and his best friend and adopted brother, Darwin, as they caused trouble around the fictional city of Elmore. It was a relentlessly fun, wonderfully weird show that meshed traditional cartoon tropes with surrealism that instantly set it apart from other, vaguely similar animated stories. Two miniseries spun out of the original show, one of them centering around the goldfish Darwin and the other titled The Gumball Chronicles.

The series has received positive reviews from both critics and viewers, with Ken Tucker of Entertainment Weekly giving perhaps the highest praise when he wrote, “There are few examples of mainstream children’s programming as wildly imaginative, as visually and narratively daring, as The Amazing World of Gumball.” Some, while not as enamored by the series as Tucker, liked the show a great deal and noted its consistent quality. Noel Murray of The A.V. Club said, “what sets [The Amazing World of Gumball] apart from the many other super-silly, semi-anarchic cartoons on cable these days is that it features such a well-developed world, where even with the eclectic character designs, there are recognizable traits and tendencies.”

The history behind the film’s development is full of starts and stops, as Bocquelet left the series after its sixth season but had previously said he wanted to develop a Gumball movie. That was thrown into uncertainty when he said he doubted The Amazing World of Gumball movie would ever see the light of day. Now, though, we obviously know that a movie is definitely on its way and will probably do well incredibly well ratings-wise.

The series ended on a cruel cliffhanger, one that only a movie could properly resolve. Fans have every reason to be excited. Answers will definitely come, but in typical The Amazing World of Gumball fashion, they will not come in a way that is predictable or expected. That’s always been part of the show’s appeal: subverting expectations and having an absolute blast doing it.

It will be exciting to see how the filmmakers make the movie worth our while while still giving us that same high-quality humor we have come to expect from the endearingly strange series. Unsurprisingly, it is scheduled to premiere on Cartoon Network (the show’s original home) and will likely be promoted aggressively. After all, it was one of the network’s best, most innovative shows.

Also of note: The show also spawned a 2014 comic book series published by Boom! Studios and focused around the core set of characters. No release date or final title has been announced yet for The Amazing World of Gumball movie but you can bet that when it is revealed, you will find it here! 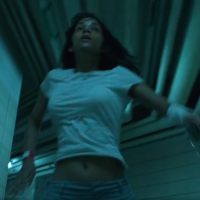 Chris Hemsworth Playing This Major Role In Sonic The Hedgehog 2?